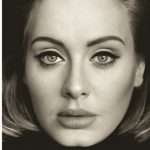 Adele’s “Someone Like You” is on my Spotify playlist: her soulful voice expresses the angst of the jumbled emotions of the lyrics.

I always think Adele is a better Christian than I am; I’m more into a bit of schadenfreude, taking a certain delight in the misfortune of those who have caused me hurt. There is a fine Old Testament tradition of smiting one’s enemies. Christians, of course, should not be in the business of smiting anyone, but there are moments when one is tempted to long for a bit of smiting.

In primary school days, there was a boy who was tall and big and strong and I was the youngest and the smallest person in the class. Mercifully, we were only in the class together for a term before he moved to another school, where I assume he continued his bullying amongst new people. He made my life miserable. Every day, there was some new taunt, some new way of making fun of me. Everyone else laughed along with him. I don’t suppose many people felt much sympathy for me, but even if they had, they daren’t have spoken. My memories of him were of a smirking and sneering fair-haired giant of a boy. Then there was another who took a girlfriend of teenage years. He had loads of money and an answer for everything and I felt rustic and plodding in his company.

It was all a long, long time ago and memories of them would have all but been erased, but a few years ago, browsing a social network, there they both were. The first said nothing whatsoever. Had I picked up the phone book for his home area, I suspect I would have known exactly where to find him. The second admitted to being miserable. I almost felt sorry for him, but then remembered the hurt of those teenage years.

‘I wish nothing but the best for you’. Adele is right, you should wish people well. Even the book of Proverbs in the Bible says, “Rejoice not when thine enemy falleth, and let not thine heart be glad when he stumbleth: Lest the LORD see it, and it displease him, and he turn away his wrath from him.”

Of course, the only person who has suffered because of the burden of resentment carried for forty years is myself. Adele is the wise and mature one. 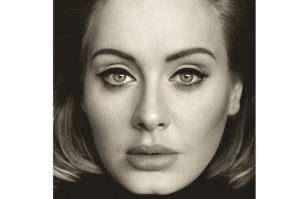