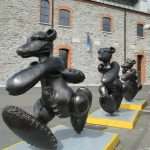 Born before the foundation of the State, a hardy woman. Decades of work had shaped her as she was, tough, wiry, formidable. A woman with whom no-one would trifle without risking the sharp edge of her tongue. A man boasted of having bested her at business; it seemed an unlikely story, he had neither the perceptiveness nor the mental agility to have outwitted such a woman.

Her memories were of hardship, a pony and trap to school in winter conditions before being considered old enough to ride a bicycle the three miles into the town. The cinders and flints on the road regularly puncturing the worn tyres of her bicycle.

Small farms, small businesses, never so little that they were compelled to seek their fortune elsewhere, England, Canada, America, Australia, New Zealand; never so much that there was ever capital to expand, to create a future different from the past. Hardship had marked her life. Austerity, plainness, economy, improvisation, tight budgets, patching up and making do were everyday companions.

Illness had brought her far from home, to a place that was strange and alien for someone born before the Treaty. A place where there were strangers all around, where familiar things and faces were absent. Frail and weak, she stared from the bed, a right hand raised in greeting, an inaudible whisper of recognition. Conversation was difficult, never the best, her hearing seemed to be failing. Handing her a small teddy bear that sat on her bedside locker, there was, for a moment, a sparkle in her eyes. The teddy bear was raised to her lips and kissed and then there was a radiant smile of delight.

In that smile, the years fell away, more than nine decades of human ageing were gone and the eyes that looked out were those of a child in the 1920s. There was a poignancy, in a single gesture lasting no more than a couple of seconds, there was a whole spectrum of emotion.

The woman known for her shrewdness and toughness, for her plain-speaking integrity and for her ethic of constant work revealed an earlier self. There was a gentleness, a tenderness, an affection, once again there lived a small child cycling the rough road to a small Irish country town, once again there was a child to whom a teddy bear had brought delight.

Perhaps the tenderness of a child lurks in each of us; perhaps it is a pity that child may remain hidden until our final days. 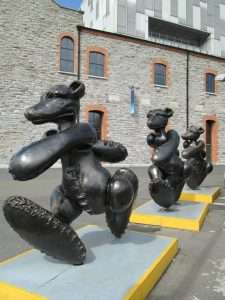