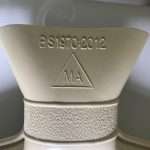 The British standard for hot water bottles seems to have stayed unchanged for forty-two years, (If one could do a Michael Caine voice, one might say, “Not a lot of people know that.”) A standard set in 1970 appears only to have been updated in 2012. More than four decades between one standard being set and it being supplemented by the next might seem worrying, what had they been doing in the meantime? Did the danger of someone being scalded not demand a higher priority? Or it may have been reassuring, the standard set in 1970 must have been very high to have endured for so many years.

Perhaps there was a standard applicable to hot water bottles in the years prior to 1970, or perhaps one took one’s luck when one sought warmth from boiling water poured into a rubber container. Well, not boiling, the bottles used to be embossed with a warning against the use of boiling water. Someone I knew once burnt their ankle, to the extent that the skin blistered, when sleeping with their ankle against the lid of a hot water bottle,; the lid must have been a very effective conductor of heat. There was something reassuring in seeing that a product had reached a standard and had received official approval, as if one might sleep more safely in one’s bed in the knowledge that one’s hot water bottle had been scientifically tested.

There was a blue hot water bottle in our house, embossed with “BS 1970.” The letters were a source of fascination to a ten year old, imagining scientists testing hot water bottles. Did they jump up and down on them? Did they fill them with water until they reached bursting point? Did they use water so hot that it would have burned anyone upon whom it splashed?

It must have been in use for only a couple of years, for in 1972, electric storage heaters were installed in our small house and we were never cold again, but for a brief time “BS 1970” was associated with the smell of rubber and hot water. It seemed to bring the strength of the world outside into the gentle domesticity of our home. It seemed to say that there were people, of whom we knew nothing, who were there to protect us, to safeguard us against danger. And, if they were there to protect us against the danger of hot water bottles, then they might be expected to protect us against every other danger – one has naive notions when one is ten years old. “BS1970” was a declaration all was well with the world. 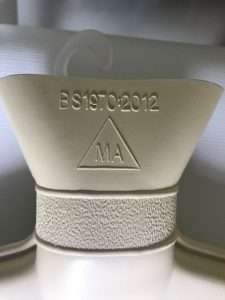