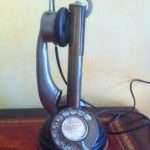 “These headphones are not working, there is hardly any sound.”

The nice lady looked perplexed. “The sound is on full volume.” She took hold of the headphones. “There is only sound in one channel, is that the problem.”

It was. Having spent many hours in times past in radio studios, a habit had developed of putting earphones to only one ear, to listen to what was being broadcast, so as to have the other ear clear to talk with others in the studio. The earphone connected to the channel from which the sound was coming was against the bone behind my left ear; The headphones were adjusted and the voice became clear. The nice lady looked more perplexed than ever; presumably bemused that anyone could have failed to correctly put on a pair of headphones.

Things electonic seems to cause unanticipated problems. Travelling to Belfast in December to watch Ulster play ASM Clermont Auvergne, there was difficulty in activating the automatic turnstiles. The barcode on the ticket seemed not to allow the turnstile to turn, despite three efforts. The sense of confusion increased when a steward came over, “poussez, monsieur, poussez.” Since when did people in Belfast speak French at rugby matches? Only later did it become clear that the blue and yellow Leinster scarves we wore were assumed to be favours for the yellow and blue attired players of the French team.

Perhaps it is a generational problem, even in the days when the first video recorders appeared, it was the case that the average four year old seemed better able to play the tapes than those of older generations. The arrival of handheld electronic games captured the imaginations of those now aged in their twenties and thirties, and gave them an aptitude for buttons and screens. The process of mobile phones becoming universal began with those who could afford them and continued with those attracted by them, generally those with an affinity for technology. The advent of the smartphone a decade ago was embraced by the players of video games and the technologically adept.

Is there a watershed age? Is there an age where one has grown up at ease with all things electronic? Is there a year after which anyone born would have developed competencies not necessary in former times? Perhaps struggling with headphones and turnstiles is more a case of personal ineptitude than a generational problem, but there seems a widening gulf between some who are older and some who are younger. 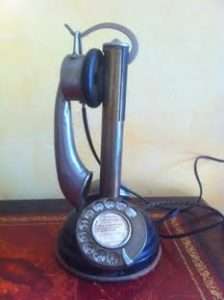