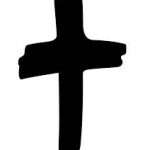 There seems hardly a town in the West Country without a new evangelical church, affluent communities funding fine and impressive suites of buildings. The new churches have made the mistake of their predecessors and have associated the construction of buildings with the following of Jesus of Nazareth. Private piety poses no threat to political power and the churches are left alone to pursue their religious routines.

Evangelical Christians were not always so passive, there were those whose commitment to following Jesus brought direct persecution by the authorities. Among the forgotten groups that read the Bible and believed it called them to be radically different were the Russian group the Doukhobors. The Doukhobors were a radical Christian group who read Jesus’ words in the Sermon on the Mount and took him seriously when he urged people to non-violence. The Doukhobors faced persecution in Tsarist Russia for their pacifism. The Orthodox church, with its ties to the rich and the powerful, would have been unsettled by such radical Christianity. The Doukhobors emigrated to Canada with the help of the Russian novelist Nikolai Tolstoy, who admired their integrity.

Settling in the Canadian prairie province of Saskatchewan, they lived a communal life and brought some quarter of a million acres of land under cultivation. Yet their lifestyle was as unsettling for Canadian politicians as it had been for Russian rulers. The provincial Government introduced laws prohibiting the Doukhobors from holding the land in common, insisting that they must register individual plots in individual names. The registration process included an oath of loyalty to the British king; the Doukhobors could not accept the oath for the Bible prohibited the swearing of oaths, and they left their farms, receiving no compensation for their years of work. Neighbouring farmers, presumably Christians with less scruple about ignoring Biblical injunctions, are said to have queued for forty hours to register claims to the Doukhobor lands. The Doukhobors moved westward to British Columbia, where they were treated with greater tolerance. They developed good farms, craft industries, a large jam factory, they even built a suspension bridge at the town of Brilliant in 1913. But their charismatic community leader was assassinated in 1924 and his death marked the beginning of the long-term decline of the Doukhobor community.

The measure of how faithful to Jesus is a Christian community is not the quality of their buildings, but how troublesome they are to the powerful; lives lived according to the Sermon on the Mount are a direct challenge to power. The new churches might look impressive, but they seem to cause little trouble. 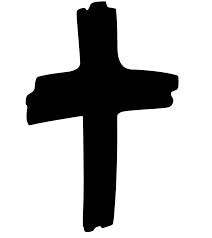