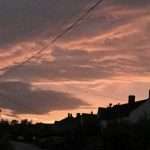 A crispness fills the night air, the light of the dying sun promises brightness tomorrow; from a distance, the sound of a helicopter breaks the evening silence. Only helicopters now appear in the night sky; fixed wing flying from the Royal Naval air station at Yeovilton having ceased some years ago. Fifty years ago, the sound of jet engines would have been unremarkable, their flights frequent.

Saturday morning work was normal for the technicians working for Airwork Services and occasionally a small boy would be allowed to go to work with his father. Security cannot have been stringent, nor health and safety concerns a priority, for a child of no more than five or six years of age was allowed onto the base and into the hangars. The de Havilland Sea Venom and Sea Vampire jets never seemed troubling. The ground crews got on with their work and a boy stood and watched, forbidden to touch anything. The yellow and black handles located above the seats that would be occupied by the aircrew had a frightening charm; what thoughts might pass through the heads of those forced to pull on them in order to eject from their aircraft?

Much more frightening than the presence of actual jet aircraft were the stories of the Sea Vixen fighters. For an impressionable boy, the Vixens brought with them the dangers of a crash. An image from a nightmare that still lingers from those times is of a Sea Vixen ploughing into the ground sideways at the back of a friend’s house, plumes of smoke coming from the underside of the aircraft. Each time the nightmare occurred, wakefulness would arrive before the plane exploded. The thought of a Vixen jet engine at night would have aroused a sense of fear; seeing only red and green wing lights, who knew where it might come down? Unlike most childhood fears, years later, the fear of Sea Vixens was discovered to have been a reasonable one; their safety record was not good and there had been fatal crashes.

Yet in a clear, still darkness, even the fear of the Vixens and their unpredictability would not have been sufficient to dispel the mood of reassurance brought by the sound of night flights. Small boys knew little of the threat of missiles carrying nuclear warheads, the jet aircraft crossing the sky were there to protect us; the sound of them came as comforting as a nursery lullaby. 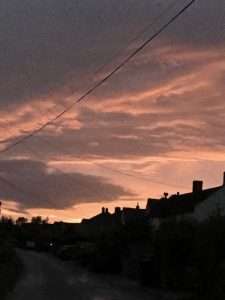