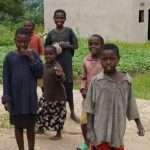 The BBC report that a journalist in Zimbabwe has been arrested for alleging that Grace Mugabe had donated second-hand underwear to poor people. The underwear story is entirely credible, Robert Mugabe is one of the most corrupt leaders on the world stage, a man who has destroyed his country and brought his people to abject poverty whilst enriching himself and his circle of supporters; that his wife, who leads a life of opulence, would give second-hand underwear to poor people is consistent with the arrogance displayed by the Mugabes. However, lest anyone be inclined to condemn Grace Mugabe, there is a need to be mindful of what is sent to Africa from Europe and North America – all of it in the name of charity.

Having been aware of the detrimental economic impact of “dumping,” since the 1980s, the practice of sending unwanted goods to developing markets and selling them below cost, thus destroying industry and bankrupting local businesses, I assumed that people of goodwill would see the sending of second-hand clothes, to be given away free of charge, was a form of dumping that left African people wearing inappropriate Western cast-offs, and that did nothing to help local business or help the building of local capacity.

An overnight flight to Nairobi in 2009 was the first encounter with the good intentions. A fourteen year old American sat in the next seat, his party had come from the southern United States and had spent a day in London before coming to Heathrow for the night flight. They were going to visit church projects in Zambia. “We have brought shoes,” he said. For a moment, it seemed I had misheard. “We got people to give us shoes they no longer needed and we have brought them with us to give away.” It would have been harsh to have suggested that if each of the party of forty or so teenagers had given the money they had spent in London, it might have been more beneficial than second-hand footwear.

Church groups from Ireland have been known to travel laden with bags of second-hand clothes. Once I heard a man asking if someone might photograph Africans wearing the said clothes so the pictures could be shown to those who had donated the cast-offs. It was unpopular to suggest that if people had given €2 instead of each garment it would have allowed the recipients the dignity of making their own choices locally and would have been a cash injection into the local economy.

At the risk of iconoclasm, most annoying of all was a campaign by one British agency for women to donate bras for Africa; bags of second-hand bras were gathered. Couldn’t they have just sent a fiver each, instead?

If there is a single image that most causes anger at good intentions gone wrong, it is from a Rwandan village visited in November 2012. A group of children met us. One girl wore a black tee shirt. “Motherf****r” was printed across the front of it in large white Gothic script. Who, in their right mind, would have sent such a tee shirt?

Grace Mugabe sending knickers to the poor is not so far from what has happened far too often. 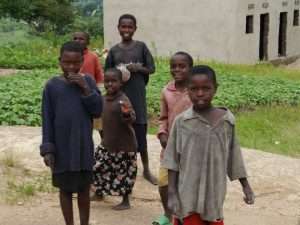