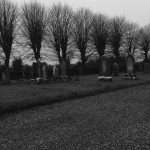 Treasured Island, Frank Barrett’s excellent literary tour of Britain has many Michael Caine moments, those moments when it is tempting to say aloud, “not a lot of people know that.” One such moment comes with a visit to Cotchford Farm, the one time home of AA Milne, the creator of Winnie the Pooh. Barrett tells how the house was later owned by Brian Jones, the founder of the Rolling Stones, who was found dead in a swimming pool at the house in 1969.

Brian Jones is remembered as a member of the so-called “27 Club”, famous musicians who died at the age of twenty-seven and who have become posthumous legends. But if Brian Jones were still alive, now a seventy-five year old, but not a member of the Rolling Stones, would his ownership of the house have been as noteworthy? Would other 27 Club members, Janis Joplin, or Jim Morrison, or Jimi Hendrix be regarded as they are if they were now septuagenarians instead of being forever young figures from celluloid and posters? Maybe. Their music would have changed and developed in the decades since their deaths, their 1960s recordings would have formed just an early part of their catalogue; but would they enjoy cult status?

Ever since ancient times, being dead has been good for one’s reputation. “De mortuis nihil nisi bonum”, “of the dead, nothing unless good” was the phase used in Diogenes Laertius’ book, “Lives and Opinions of Eminent Philosophers” published around 300 AD. The belief that one should not speak ill of the dead dates back much further though, around 600 BC Chilo of Sparta commented that people should not “badmouth the dead”. If people can only speak good of you, then, if you are a public figure, your reputation can only grow. Criticism will be regarded as sour grapes on the part of opponents, or, worse, as unjust behaviour when the object of the criticism cannot respond.

Politicians’ reputations tend to soar upon their demise. As a teenager in the 1970s, it was common to attend meetings of the local Labour Party and hear Hugh Gaitskell described as “the best prime minister we never had”. Had Gaitskell not died suddenly in 1963 at the age of 56, but had lived to win the 1964 general election, would those same people have remained so favourably disposed? In more recent times, Gaitskell’s place among Labour Party members has probably been taken by John Smith, the leader who died suddenly in 1994.

The tendency to lionize the departed is not confined to deceased public figures. In thirty years of parish work, it was noticeable that some of the most difficult and cantankerous of people, upon dying, immediately gained widespread admiration and praise. “Wasn’t he a great character?”, “You don’t find many like him now”, “We won’t see his like again”. There was always the temptation to respond that they didn’t see much of him when he was alive, because they didn’t go near him, because they disliked him so much – but it was better to bite the lip.

Perhaps the fact that Cotchford Farm was visited by Frank Barrett because it was the home of one of the greatest children’s writers, and not because it had any connection with any rock music figure is an indication that it is better to be remembered for being alive than being dead. 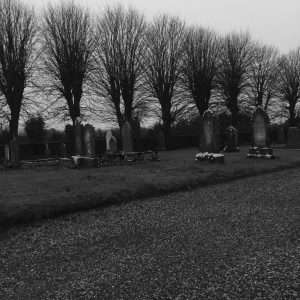