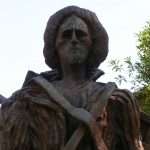 There is an episode of the Eleventh Doctor Who when the Doctor, with his companion Amy, encounter Vincent Van Gogh. In a moving moment, the Doctor transports Vincent to an art gallery in the 21st Century so that the troubled artist can eavesdrop on the words of art lovers who are enjoying the brilliance of Vincent’s work. Amy hopes that the moment might be sufficient to change the course of history, that Vincent will be so affected by what he has heard that he will think again about his future. Of course, the past cannot be changed and history inexorably follows its course.

Staring at the December sky as the clouds broke and the stars were revealed, Vincent’s moment with the Doctor prompted a pondering as to whether “The Starry Night” and the other works that now grace the walls of the greatest galleries would have been possible if Vincent had been a person for whom a happy ending was a possibility. If the plot of Doctor Who had been viable, would not a person amenable to persuasion have been a person very different from the Vincent remembered? Would a person susceptible to reasoned argument and to accepting the prospect that the future might be happy have been capable of work of such intensity? Is there a link between sadness and beauty?

Perhaps sadness is not a necessary prerequisite of beauty, but rather an intensity of experience. Claude Monet lived a long and content life, and created works of extraordinary beauty, but there is an intensity in his painting of canvas after canvas after canvas of water lilies. To sit in one of the rooms at the Musee Marmottan in Paris surrounded by some of the vast water lily paintings is to be encompassed by a sense of the beauty of Monet’s work, it is an intense feeling.

Standing looking into the night sky, as Vincent did from the window of the asylum to which he had been admitted, is to contemplate infinity, it is to have a different perspective on everything around. Vincent’s brilliant colours bring the night sky vividly alive. While Vincent focused on infinite beauty, Monet focused on particular beauty, the flowers in the waters at Giverny. Whether it was the general or the particular, it is beauty that is intense.

Perhaps the episode of Doctor Who is memorable because it offered ideas more intense than clashes with hostile aliens, it raised questions of the nature of time and the unchangeability of history – intense things about which to think in a Saturday evening programme. 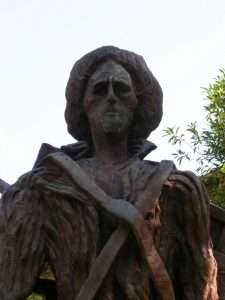