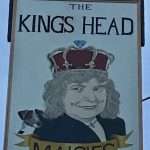 “Do you know we’ve got over three thousand bottles of vintage port still left in the cellars of this club, and only about six months left to go, if what you scientists say is right?”

Oddly, it seemed one of the most chilling lines in Nevil Shute’s novel On the Beach, the juxtaposition of the convivial enjoyment of a glass of port at the club with the looming shadow of death through radiation sickness as the fallout from a global thermonuclear war is brought ever closer by weather patterns. Reading it, there was a sense of despair for the characters in the story, they can do nothing to change their fate, so what is there to do other than to enjoy a glass of port?

The line was recalled by reading this week’s New Scientist in which a report on anthropogenic climate change considers the impact of varying levels of temperature rises. The writer cautions against complacency. “If you live somewhere temperate you might even welcome a rise of a few degrees as offering more opportunity for picnics, barbecues and relaxed afternoons in pub gardens. That is unwise.” Of course, it is unwise, but like Nevil Shute’s characters, what is there that can be done to halt changes that are made inexorable by remote and uncontrollable factors?

No-one who accepts peer-reviewed scientific evidence would deny that there is a shadow looming, but what difference is going to be made by the infinitesimally small contributions of those who enjoy an afternoon in a pub garden? If we ceased all activity; if we got rid of all the cows in our neighbourhood; if we instructed our farmers to stop the cultivation of the land; if we ensured ensured nothing moved anywhere unless by bicycle; the reduction in carbon emissions achieved would not change the policies of the United States, nor would it make the slightest dent in the annual increases of emissions from China and India.

The government’s answer is to increase bills paid by ordinary people in the name of reducing emissions. Agriculture is heavily regulated, pushing up food prices; petrol, diesel and vehicles are heavily taxed making transport expensive; products bear environmental charges that represent a more significant element of the budget of those on lower incomes; people face energy bills where green charges are most a burden for those already living in fuel poverty. Those making the decisions tend to be wealthier middle class people, yet indirect taxes will always bear most heavily upon lower income groups. How many of those who speak on environmental matters are to be found counting out their last coins at supermarket checkouts? Why hurt poor people when the changes are not being halted?

Perhaps it is unwise to sit in a pub garden in a resigned mood about climate change, but when one must pay the cost of things that are not one’s responsibility, unwisdom can be attractive. 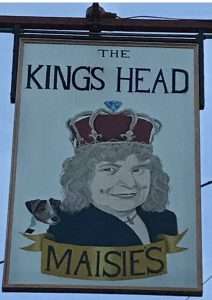