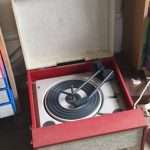 It being the fiftieth anniversary of the release of Otis Redding’s “Dock of the Bay”, Tom Robinson’s BBC Radio 6 programme ” Now Playing”, had posthumous hits as this evening’s theme. Songs covering six decades were a reminder of the shortness of the lives of many major recording artists. Otis Redding died at the age of twenty-six, Janis Joplin was dead at twenty-seven years old.

The sudden death of artists brings a wave of interest in their work. Elvis Presley’s final single “Way down,” recorded in 1976 was a minor hit the following summer and was falling in the charts when news came of his sudden death in August 1977. Sales immediately escalated and the song reached No 1 in the charts. The murder of John Lennon in December 1980 was followed by massive sales for successive single releases.

Listening to Tom Robinson’s programme, there was a sense that people’s perceptions of artists were changed by the artists’ demise. People previously indifferent became interested, even the critical became charitable. Being dead obviously brings with it the advantage of never looking old, of remaining forever the figure from album covers and posters, of being remembered for one’s best work. Being dead means one’s catalogue is complete and one’s work will never be diluted by later less successful, less energetic, less inspired songs.

But why have posthumous hits a continuing fascination? Why was there a delight in hearing Janis Joplin singing “Me and Bobby McGee”? Perhaps there is a psychological explanation for posthumous hits being the feature of a Sunday evening radio programme. Perhaps it stems from the ancient fear of speaking ill of the dead. Perhaps it is about safeguarding against one’s own fear of death by keeping alive the memories of those who have died. Perhaps it is about preserving part of the culture in which one has shared.

Perhaps the continuing popularity of dead artists, the sale of their records decades after their death, is about a desire that has been with us since ancient times, the desire to hold on to youthfulness. As long as the artists remain with us, as long as their work still finds a place on the airwaves, then something of our younger years remains alive. Presumably those of us who treasure the memories of Janis Joplin will be superseded by those who remember Nirvana’s Kurt Cobain, who will in turn be superseded by those who remember Amy Winehouse. Strangely, perhaps dead popular artists contribute to our sense of well-being. 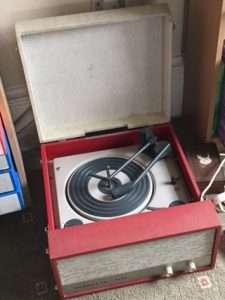