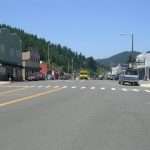 In memory, the bright colours on the poster outside the cinema remain unfaded, “Paint Your Wagon” with Lee Marvin and Clint Eastwood. On this week in 1970, Lee Marvin topped the pop charts, his gravelly voice singing Wanderin’ Star, its lines expressing the reality of human experience

I was born under a wandrin’ star
Mud can make you prisoner, and the plains can bake you dry
Snow can burn your eyes, but only people make you cry

A year later, the band America’s song A horse with no name reiterated Marvin’s sentiments. It evokes a place of vastness, a place of emptiness. A vast emptiness that allows space to be oneself, to remember one’s own name:

I’ve been through the desert on a horse with no name
It felt good to be out of the rain
In the desert you can remember your name
‘Cause there ain’t no one for to give you no pain.

Mud, plains, snowfields, deserts, might be uninviting, but the open road is filled with attraction. To be driving across the vastness of the United States, between one small town and another, staying in motels where they barely ask your name, eating in diners where farmers sit down to thirty-two ounce steaks and where, when the server says “have a nice day”, the words might actually be meant: such a prospect would be pleasing. To be coming from nowhere and heading toward nowhere, the only thing mattering being the journeying: it wouldn’t be such a bad thing.

To be no more than a person journeying through brings freedom, it also brings one the infinite power of powerlessness. It’s the line from Kris Kristofferson’s Me and Bobby McGee, “Freedom’s just another word for nothing left to lose.” To be someone without a place, without standing, to be no more than a casual passer by, allows one the unfettered freedom to speak the truth to oneself, to call things as they are, to ask for integrity. Of course, no-one may be listening, but what would be the problem? At least you have remembered your name, remembered the person you were.

Does escape demand vast, empty spaces, though? In a sparsely populated place, is it not more likely that everyone will know who you are and know all of your business? Isn’t wandering easier in an anonymous place? Isn’t it easier to disappear in a crowd? A city neighbourhood lacks the romance and adventure of a wagon crossing a prairie landscape, but is more likely to be a place without pain. 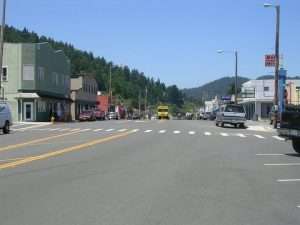