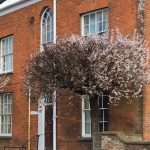 Deleting the Facebook app from the iPhone brought a sense of relief, no more glancing at it only to be annoyed by some posting. The life and times of the twenty-seven people who are still “friends” can still be checked by clicking on a link on the desktop browser, though they generally seem too busy living life to post much about it. Social media, generally, seem unattractive, too many narcissists and trolls for “social” to mean “sociable;” a new generation of apps based on the concept of “affable media” or “cordial media” would sometimes seem an attractive innovation.

The one app that has brought a daily sense of the world being a good place, a place in which beauty is abundant and immediate, is Instagram. The ugliness that fills other social media is absent: there are no vicious exchanges about Brexit, or Donald Trump, or Russian politics; there are no repetitions of lazy prejudice and fake statistics; there are no memes that go as unchallenged misrepresentations of the truth. Instagram is about sharing pictures and one only sees the pictures posted by those one chooses to follow. There are advertisements, but to scroll past them is simple; there are occasional spammers, whose automated programme clicks “like” on one of your pictures, or pretends that they are following your posts, but they are easily ignored.

Instagram seems populated by those who enjoy beauty, or, if not beauty, things that are interesting, or that are quirky, or that just catch the eye for some arbitrary reason. Perhaps there are Instagrammers who choose ugliness, but they do not seem plentiful. More than seeing pictures of the beautiful and the eye-catching in a general sense, the hashtag system has allowed the opportunity to discover pictures that are particular and local. A new appreciation for the countryside and the towns and villages within a few miles of home has arisen from following the posts of those who live in the area.

There is a paradox in Instagram being owned by Facebook, in the best social medium being owned by the worst. Perhaps people posting beautiful pictures on Instagram are also people who engage in nasty spats on Facebook, though it seems unlikely. It was the Nineteenth Century Russian writer Dostoevsky who suggested that we might be “saved by beauty,” that beautiful things might change us. Perhaps Instagrammers are pleasant people, anyway, or perhaps their subject matter does have an effect upon them, affirming others and treasuring the environment we share. For someone who dislikes arguments and who avoids conflict, it is a delight, each day, to look for something of beauty and to share its picture. 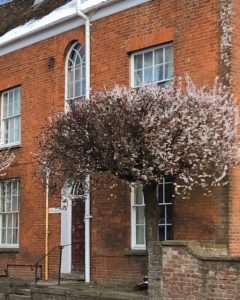