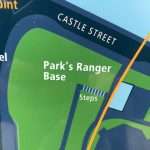 To those of a certain age, the title ranger belonged to a particular animated character, Ranger Smith from the Yogi Bear cartoons. In the vastness, the ruggedness and the wilderness of a United States national or forest park, the term “ranger” seemed apt, men and women carrying out their work as they ranged across the countryside. “Ranger” had connotations of mountains and lakes, it conjured images of driving across rough terrain and being constantly wary of wildlife (Yogi’s flesh and blood counterparts could tear a person limb from limb). Visiting national parks in Canada and the United States brought a realisation of the special qualities demanded of those who worked in isolated contexts. A park ranger in Oregon talked of his service in the United States Navy and how much he now valued the emptiness of the place in which he worked. He had been to San Francisco once, he did not like cities and would not be returning.

The term “ranger” also became a word associated with those who protected with their own lives the animals within national parks in Africa, areas of land that covered thousands of square miles. Travelling through Tanzania twenty years ago, from one development project to another, meant journeying through the edge of one of the vast tracts. There was a remoteness and an awareness that things might happen in such a place and the outside world might never hear. To be a ranger in such a context made life in parks in North America seem very comfortable.

It was odd, then, to look at a street map of Bristol and to notice that one of the city parks now had “rangers” who had a “base.” Those charged with the care of English parks used to be called “keepers,” it was a gentle and avuncular word, possibly reinforced in its imagery by the children’s books about Percy the Park Keeper. What was wrong with being a “keeper,” why use a word that seems fitting in vast openness and not so appropriate among the lawns and flower beds of an English city park?

In times when inflation was all but squeezed out of an economic context, it seems to have permeated job descriptions. It is sometime since binmen became waste disposal operatives; traffic wardens are now civil enforcement officers; personnel officers are human resources directors; the list is extensive. There seemed nothing wrong with the old job titles, why the necessity for change? In contrast, six of the colleges at the University of Oxford are under the direction of a warden, perhaps they should become academic directors or college chief executives, or perhaps they know what they mean, and we know what they mean, and inflation only devalues words. 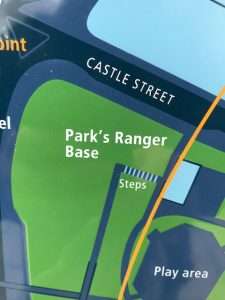