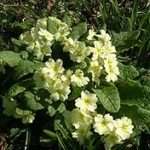 The unseasonably cold weather contrasts with that on Good Friday fifty years ago. Good Friday 1968 was a fine day. Joy, a cousin of my mother who was a student nurse with a day off, came the three miles from Langport, on foot or by bicycle, and took my sister and I for a walk. Perhaps my mother would have been pleased to have had an afternoon free from noisy children; there were only two of us at the time, our younger sister would be born at the end of April.

We walked a long way for children of seven and three, along our road, past the windmill, and down over the very steep Stembridge Hill and on to Pitney woods, woodland that is unchanged by the decades that have passed since. Perhaps my sister may had the assistance of a pushchair; the return journey with the sharp ascent back to our house would still leave all but the fit breathless .

We gathered flowers in the woods. In my memory they are bluebells, but it would probably have been too early in the year, unless the weather really was much better in those times. Perhaps we picked pale yellow primroses, the sort of flowers that children would have used to make an Easter garden, along with stones and moss and a cross made from lollipop sticks.

Joy must have been intent upon keeping us busy, for I made a frieze when we got home – a series of white pieces of paper on which I drew the Good Friday story that we had been told by Miss Everitt at High Ham Church of England Primary School. Would a seven year old in the infant class of a two teacher school have known the word ‘frieze’? Probably not. The only thing I remember from what I drew is my attempt at Pontius Pilate – a figure, drawn badly, of a man seated behind a bowl of water. For some strange reason, I coloured him bright yellow.

Yellow is the only colour I remember from those drawings. Maybe there has been filtering in the memory, yellow, white and gold being the colours of Easter celebration in more recent times. Why that single afternoon still remains so vivid in my memory, I am not sure. There must have been many other moments of more significance, many moments more exciting. Perhaps there is in it the security and contentment and spring-like hope of childhood. 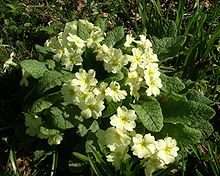