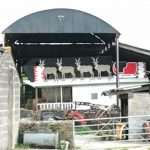 In the darkness of a mid-December night, it had passed down the road. Brilliant light in the surrounding gloom, Santa Claus sat at the back in vivid red and white. Bespectacled, he smiled in an avuncular manner and waved as he passed by. Touring the villages of the neighbourhood, his presence was a sprinkling of magic among the younger members of the community.

On a May evening, walking through the gentle lanes of our village, Santa’s sleigh was sighted. In storage until the next Yuletide, it presented a sight altogether more dull than that which had inspired delight last Christmas time.

Magic moments are always matters of interpretation. Occasions which to one person are everyday and prosaic can seem entirely different to someone else. One person sees Santa Claus riding through the neighbourhood, another sees a local man sitting at the back of trailer being pulled by a tractor.

Claims of supernatural occurrences are always subjective, there being no empirical evidence, nothing that could be subject to scientific investigation. Religious belief that rests on supernatural claims can be no more than a matter of personal conviction, a case of a person interpreting what they encounter in a particular way and drawing their own conclusions. After the wars of religion in the Sixteenth and Seventeenth Centuries, there came the conclusion in much of Europe that religion must be a private and personal matter. When churches made conflicting claims, they could not all be true. Since then, the conflicting claims are made not only by churches, but by religious traditions that are antithetical.

Given the subjective nature of religious belief, the claims by church leaders to make authoritative statements binding on those who do not share their beliefs are increasingly inappropriate. Why should one person have the right to impose their interpretation of reality on those who find that interpretation entirely unpersuasive? To seek to impose beliefs is illogical. Religion has always been a matter of a willing suspension of disbelief, it has been an intensely personal thing, efforts to enforce conformity have never achieved more than an outward adherence. Jesus of Nazareth would only have followers who were prepared to make a free choice. Faith is not what comes from outside, it is what is believed within one’s own heart.

One person might watch a wooden sleigh with a man in a red outfit, another may see Santa Claus come to visit 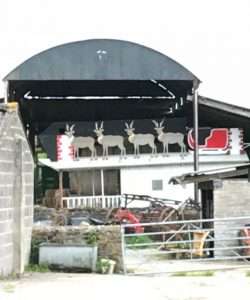