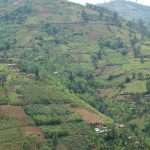 Karma is popular; the notion that what goes around comes around, that people will receive their just desserts, rests on a belief in fairness in the cosmos; a belief that making the right choices will bring the right consequences; a belief in the power of freewill. But do people really believe such things are possible? How do we explain those who seem to have had no choice? What freedom is possible in particular situations?

In Franz Kafka’s The Trial, there is an assertion that a choice had been possible; an oblique choice, but if K. had acted differently, then things might have turned out differently,

I was just caught unawares, that’s what happened.  If I had got up as soon as I was awake without letting myself get confused because Anna wasn’t there, if I’d got up and paid no regard to anyone who might have been in my way and come straight to you, if I’d done something like having my breakfast in the kitchen as an exception, asked you to bring my clothes from my room, in short, if I had behaved sensibly then nothing more would have happened, everything that was waiting to happen would have been stifled.  People are so often unprepared”.

Perhaps that is the problem; perhaps, in Beckett’s Waiting for Godot, if poor Vladimir and Estragon and been better prepared, they would not have been trapped in an interminable inertia

Was I sleeping, while the others suffered? Am I sleeping now? Tomorrow, when I wake, or think I do, what shall I say of today? That with Estragon my friend, at this place, until the fall of night, I waited for Godot? That Pozzo passed, with his carrier, and that he spoke to us? Probably. But in all that what truth will there be?
(Estragon, having struggled with his boots in vain, is dozing off again. Vladimir looks at him.) He’ll know nothing. He’ll tell me about the blows he received and I’ll give him a carrot. (Pause.) Astride of a grave and a difficult birth. Down in the hole, lingeringly, the grave digger puts on the forceps. We have time to grow old. The air is full of our cries. (He listens.) But habit is a great deadener. (He looks again at Estragon.) At me too someone is looking, of me too someone is saying, He is sleeping, he knows nothing, let him sleep on. (Pause.) I can’t go on! (Pause.) What have I said?

Stoppard’s Rosencrantz and Guildenstern escape the inertia of their literary forebears, but they still end up dead.  There is no karma, they are just part of a play where the lines have been written in advance; where the moment when the script could have been rejected passed before they were aware of it.

Our  names  shouted  in  a certain  dawn  …  a  message  …  a summons… there must have been  a moment,  at the beginning, where we could have said-no. But somehow we missed it.

But doesn’t anyone sane reject the fatalism of such fictional lines? We choose our own lives, write our own lines, live our own dramas; don’t we?  We do not believe ourselves trapped, do we?

Perhaps living in modern liberal democracies we might cling on to notions of being free to choose and believe that there is the possibility of fairness. For many people in the world freedom and fairness are as elusive as hope in the pages of Samuel Beckett. Tucked away among the BBC news items was the story of a murderous attack on a village in north-west Burundi, an attack which left at least twenty-six people dead. A remote place in one of the poorest and most corrupt countries on Earth, there was never a chance of karma. 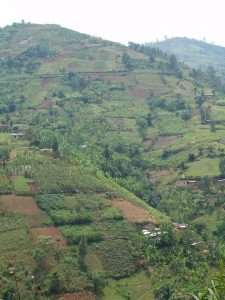