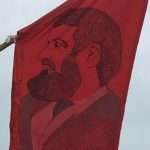 Once, I nearly bought his book. A paperback edition, it was not unduly expensive. Flicking through the pages, though, it seemed very dry and very precise prose. It didn’t capture the imagination of a young undergraduate and was put back onto the shelf. His writing was probably more accessible than many of the titles sold by the academic bookshop, certainly much more so than the texts on philosophy, but Nineteenth Century writing on the English constitution seemed far removed from the reality of England in 1979.

Perhaps it was the title of the book, The English Constitution, that created problems in the mind. The very first lecture on political history had made the point that Britain had no written constitution. Rather than there being any written code, the governance of the country rested on a system of “common law and precedent.” There was no explanation of what such terms might mean, or perhaps it was a case of a lecture being a process of the lecturer’s words being written on the page of the student’s notebook without passing through the brain of the student on the way.

Walter Bagehot, writer of The English Constitution, was a Langport man who gained national fame as a journalist and essayist. Writing against the background of parliamentary reform, he sought to identify the principles underlying the governance of the nation. As editor of The Economist for seventeen years, he developed economic insights that proved relevant more than one hundred and forty years later, including “Bagehot’s dictum” that central banks should lend freely in times of financial crisis. It was a concept that found expression in the policy of quantitative easing adopted by central banks after the financial crash of 2008.

It is apt that among the flags that adorn Langport this summer, the image of Walter Bagehot’s should appear on a crimson-scarlet background, the colour of royal livery, for Bagehot’s text was significant in the education of the young Princess Elizabeth. Bagehot believed governance was exercised by “the efficient” and “the dignified,” he wrote:

No-one can approach to an understanding of English institutions unless he divides them into two classes. In such institutions there are two parts. First, those which excite and preserve the reverence of the population, the dignified parts, if I may so call them; and, next, the efficient parts, those by which it, in fact, works and rules. Every institution must first win the loyalty and confidence of mankind and then employ that homage in the work of government.

Bagehot, who is meticulous in his analysis of the working of government, and keen in his appreciation of the centuries-long process by which our pattern of governance evolved, would have recoiled at the thought of government by plebiscite. He would have questioned how it could be possible for a government to employ “homage” when it is responsible for creating a division among its people as wide as any arising in a civil war. Political opportunism, misjudgement and ineptitude threaten the English constitution that he so cherished. 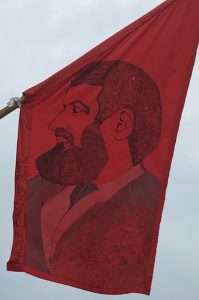