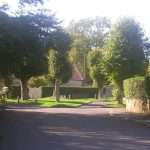 Lisa Tarbuck’s BBC Radio 2 programme on Saturday evenings seems sometimes more a stream of consciousness than a programme with a producer. Random topics prompt responses, this evening’s discussion included what injuries might have been sustained by listeners whilst they were trying to rid themselves of annoying insects; there was a temptation to send a text to ask if the inhalation of mosquito repellent sprayed inside the net shrouding my bed in a village in east Africa counted as an injury, or whether the injuries had to be externally sustained.

Favourite motorway service stations were also on the agenda. One woman texted to say that her husband and she had stopped at Pease Pottage Services on the M23 for coffee and he had persuaded her to allow him a praline. As they were driving up the motorway, she asked where the praline was. He realised that he had left it on the roof of the car as the had left the service station. Another listener texted to say that he thought he had seen a praline in the middle of the M23.

Best of all was Darren, who responded to the suggestion of subjects childhood confusion saying that he had talked one day to his mother about wind bricks when what he meant was breeze blocks. “Darren is in High Ham, Somerset,” said Lisa Tarbuck in an attempt at a West Country accent, for which I forgave her because she then added, “the summer lands.” It was the first time ever that I had heard our small village mentioned on national radio. I refrained from sending a text to say that we were only the summer lands because in former times much of our county was under water during the winter.

There was a reassurance in the sheer inconsequentiality of the exchanges, ordinary people communicating about silly and trivial things. It seemed a reconnection with the England of the recent past, with a time before the rancour and bitterness unleashed by a divisive referendum and the ensuing political and social rifts.

English people were not overtly political, the subjects never to be discussed in a pub were religion and politics. To introduce either topic into a conversation with anyone other than close friends would not have found favour with the gathering. Now debate rages on the merits or otherwise of leaving the European Union, and on attitudes towards Islam and antisemitism. People who might never have expressed views have become vociferous. A world where Darren from High Ham talks about childhood confusion is a much safer place. 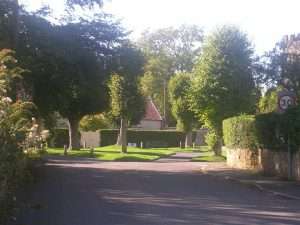