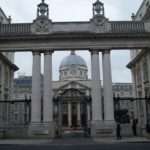 Barney had owned a good farm with a fine dwelling house. The farming had been his life and only in his latter years had he married; he had worried about being alone in his advancing years without a woman’s presence in the house. The marriage had come with costs. His new wife had decided that an isolated farmhouse was not the place for one’s retirement years, as fine a house as it might be. The house was sold, along with the good land that went with it, and a bungalow was bought in a seaside town.

Barney never talked much about being a seaside pensioner; it was his farming days and his horse race going days that were recalled with fondness. One almost got the impression that marriage was recalled as an investment that had not paid off, Barney’s wife had died soon after they had moved to her desired bungalow and he had given up independent living and had moved into an old people’s home.

Barney was fond of talking about good and bad investments, mainly in terms of successes and losses at race tracks. Barney would remember his bad bets as well as his good ones, unlike many punters we knew. His favourite story about a bet going wrong did not concern himself, but a man he knew who had accepted a bad bet.

The man had been a bus conductor who had shown great mathematical aptitude – particularly for calculating horse race odds and making successful bets. An affluent man had noticed the bus conductor’s skill at numbers and loaned him a large sum of cash so that the conductor could set himself up as an on course bookmaker. The conductor was not long in his new business before he took a big bet at long odds; he chose not to “lay off” the bet, to share the risk, and also the potential gain, with his fellow bookmakers. The long odds horse came in and the man was cleaned out; it cost him all he had to pay the bet, including the money he had been loaned.

A second loan was advanced, the conductor went back onto the course, and the money rolled in, allowing the loans to be repaid and the new bookmaker to live well.

After the financial crash of 2008, there were two choices: to set aside debt, including the cancellation of bonds bought by speculators at fraction of their face value, and ask that the banks operate to reimburse the public finances, to allow a fresh start; or to pursue a path of austerity. Europe’s economic policy did not allow the writing off the bad decisions, public finances were exhausted to pay off private debts. Ten years of austerity alienated those whose taxes covered the gambling debts of the financial institutions, it is little wonder that the populist parties have risen to power. Barney’s bookmaker could have told them the best way to recover from debt was investment not cuts. 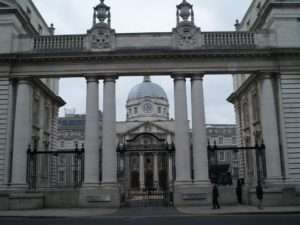