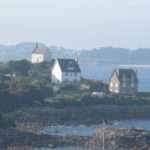 An odd scene my grandmother used to recount always serves as a reminder that, whatever voters and politicians might decide about Brexit, if there is a profit to be made, then there will always be trade.

My grandmother was born in 1910 in Chiswick in West London. One of the stories she used to recount was of French onion sellers travelling around London by bicycle and selling from door to door.  The story always sounded true, but seemed odd. How could it possibly pay to travel from France, with strings of onions, and try to make a profit by going from door to door? It was a story that conjured images of moustached men in black and white hooped shirts and black trousers pushing large black bicycles along suburban streets. Being realistic, it surely could not have been a common activity, the cost of travel and accommodation would have made the enterprise hardly worth the effort.

Only when I investigated it did I discover that my grandmother’s telling of the story was true, right down to the striped shirts. According to Wikipedia, the “Onion Johnnies” were Breton and in 1929, the peak year of their activity, some 1,400 of them imported some 9,000 tonnes of onions into the United Kingdom.  The economics of their business seems even stranger than first imagined – the Onion Johnnies, brought their onions to England in July and stored them in barns, waiting until the autumn and winter months brought higher prices before embarking upon their selling.  Presumably, they returned to Brittany in the interim; they could not have simply sat and waited, could they? In which case, why did they not make the business simpler by storing the onions in France and wait until the autumn before heading out on their English tours?

The Wikipedia article points out that the trade was hit badly by the trade restrictions after the Second World War which obliged imports to be made through a single company, but it gives no clue about how much it cost to produce and distribute the onions and how much the ‘Johnnies’ might have earned for their efforts.

In the current economic and political climate with the prospects of future trade with Europe under a severe shadow, the tenacity of the Onion Johnnies might be the quality required for businesses to survive. The prospect of profit will always ensure trade (as the persistence of drugs dealing continues to demonstrate), in post-Brexit Britain a Twenty First Century version of men on bicycles might emerge. 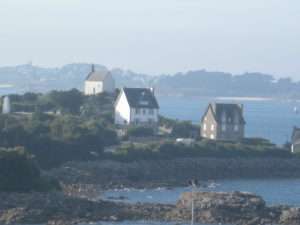