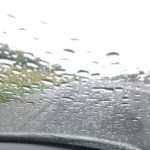 Renewing my NHS prescription card, I realized it was November. Of course, I had written the number “11” countless times, I had even written the word “November” on various whiteboards in various classrooms, but it hadn’t really registered that we were in the most gloomy of months and that I hadn’t noticed until I looked at the expiry date on my card. It is hard to imagine Rex would have let four weeks pass unnoticed.

It is three decades since I encountered Rex. I had called at his home before and got no answer. Being afflicted with a guilty conscience, I tried again, although it took three months before I had plucked up courage to do so. Stories of the his temper and rough tongue filled me with trepidation about returning. Again, there was no answer. With relief, I turned from the door and headed down a driveway that had once been the track bed of a railway. Reaching the entrance gates, which had once been level crossing gates, I met a car swinging around the corner. The driver wound down his window with vigour. “Who are you?”

“None of your bloody business”.

I sat while he raged about life and the world in general. “You’ll have to drink this. It’s all I have”. He handed me a glass of blackberry wine. “I make this myself, 350 gallons a year”.

Doing quick mental arithmetic; he could have given away seven-eighths of it and still have enough left over to drink a pint of it almost every day. I wondered if he was ever safe to drive. I did not venture further questions. The occasional nod and “Yes” were sufficient to accompany him in his discourse on the stupidity of everyone with whom he had ever had dealings, which at least diverted his attention from my glass.

“Didn’t they used to call it the month of the dead?” I asked, feeling it a sympathetic response

It was the first Monday in November. He pondered some thought deep in his mind. It seemed an opportune moment to make my excuses and leave before the maudlin mood brought on one of the tempers for which he was notorious.

The parting included a tour of his workshop, an old engine shed twice the size of his home. There were many more memories recalled as he wandered around, at times touching machinery as if making some physical contact with the past. Finally, I headed back down the drive; relieved at having escaped without a mauling and without having to drink more of the potent purple liquid. It was grey that afternoon. The sky was grey; the landscape was grey; even the light seemed without life.

The month of the dead, it wouldn’t have been hard to see how the idea arose. It is good to have got through it without even noticing that it was there. 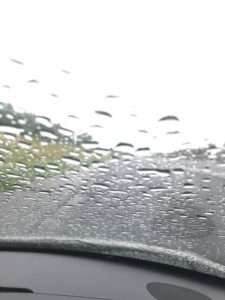