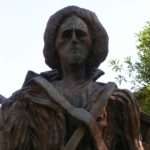 The combover of Donald Trump stares out from the internet news homepage, how much spray does he apply each morning to get it to stay in place? There is a reassurance in the fact that politicians are barely remembered beyond their own lifetimes, that those whose trade is the exaltation of themselves are quickly forgotten. How many people could name American presidents of the 1950s, how many people could name British prime ministers of the 1960s? How many people could name the current premiers of most European countries? Or have any idea of the names of the leaders of India or China? Politics is an ultimately self-effacing activity, it was the right-wing British politician Enoch Powell who once commented, “all political lives, unless they are cut off in midstream at a happy juncture, end in failure, because that is the nature of politics.”

What abides in human minds is that which enhances human life, that which speaks to sometimes deeper than political inclinations, that which continues through generations.

Until this morning, I had never heard of the band A House. A search of the web told me that they were an Irish indie rock band, a band who in 1991 released a track called “Endless Art”. It catalogues an eclectic collection of artists. It includes painters, writers, musicians; it makes unlikely juxtapositions. It is a track to which I think I shall listen again when tired of news of the combover and Brexit and all the other divisive stories that fill the news.

All dead, yet still alive
In endless time, endless art

All dead, yet still alive
In endless time, endless art 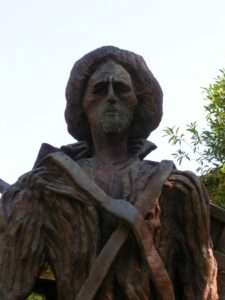