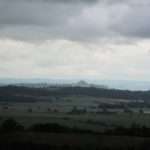 ”I know you are now, but what about before?”

”I was born in Taunton, I grew up in Langport, I did my A Levels at Strode College in Street. I’m from here.”

”But you’re not really from here, sir.”

”No, I’m definitely not American. I lived in Ireland.”

The bell went and the class moved to their next lesson. The teacher whose room I had occupied came to set up for the class that was to arrive.

”One of that class thought I was American,” I said.

He laughed, and, in his soft Texas voice, added,”some people think any accent they don’t recognise is American.”

To be honest, the first time I encountered a Dublin accent, when riding on a train through England, I thought it was American. Except that I don’t have a Dublin accent. A colleague who served with the British forces in Northern Ireland thinks there is an occasional trace of an Ulster accent, but nothing further south.

When I used to make pieces for radio programmes and listened back to them, I was always convinced I had lost little of the West Country burr with which I had grown up. I always imagined that it would not have been a problem to walk into the livestock market or into a village pub and to immediately blend in with the local conversation. The Year 7 students have posed a question mark over my assumption.

If I do not pass as local, I shall have to practice my accent, for it is one of the regional accents that has withstood the spread of so-called Estuary English. Apparently the flat vowels of the south-east came to Bristol and could go no further, it was something to do with the way particular sounds are formed.

Whilst the accent has remained, the dialect has almost disappeared. The local vocabulary has become standardised English. The words may be spoken with an intonation different from that of Estuary English, but they are the same words.

Perhaps it is too late now to hope for a recovery of the dialect, perhaps holding onto the burr has been an achievement in itself. My primary school teacher would be delighted that it is many years since I last used the word “baint” to declare unwillingness. Perhaps I should ask the Year 7s if they are really from Somerset and if they are to tell me if they still use the old words. 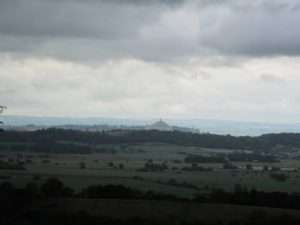