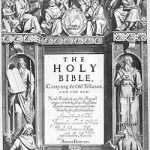 Lake Wobegon, Garrison Keillor’s fictional mid-western town, is a place where religion is taken seriously. Whether it be at Our Lady of Perpetual Responsibility Catholic Church or at Lake Wobegon Lutheran Church, those who sit in the pews week by week are people who take careful notice of the words of priest and pastor. So it is that after one Thanksgiving Day service, Pastor David Inqvist from the Lutheran Church must have felt a burden of guilt.

Thanksgiving is an occasion treated with solemnity by Pastor Inqvist’s congregation. They have a keenly developed sense of divine providence and regard the annual service on the morning of the holiday as a moment to reflect on every good fortune during the past year. Lutheran industriousness and thrift may have accounted for more blessings than intervention from above, but they would have regarded the capacity simply to work as something for which to be thankful.

Garrison Keillor describes how David Inqvist’s discomfiture arose from the fact that he had not written a sermon for the service. He had a card upon which he had written a text from Scripture and the word “conclusion,” presumably as the start of his notes for the sermon he would have preached; he had just not got around to writing anymore. Having preached an ex tempore address, he had been congratulated at the church door as the congregation was leaving, he had been told that it had been his best yet Thanksgiving sermon.

Perhaps it had been the case that having no script had meant Pastor Inqvist had been more inclined to say what was on his heart. Perhaps the lack of a script meant that the pastor’s own words made the sermon more accessible to the listeners. Perhaps having written nothing, he had preached for a shorter time, allowing people to return to their turkey dinners earlier than usual. Perhaps it was just that the congregation sensed that Pastor Inqvist was ill at ease and felt that he needed affirmation.

David Inqvist was not happy with himself. He knew there was a world of difference, between preaching without notes and not having prepared a sermon. In my final years of parish life, I would have spent three hours preparing a Sunday sermon (a fraction of the time a onetime Presbyterian friend would have spent); it was usually on a Thursday morning between ten o’clock and one. Only occasionally would I have printed off the script, the preparation would have been enough to be able to know what I was going to say. Being unprepared is very different from being unscripted; I could not have gone to a service unprepared, 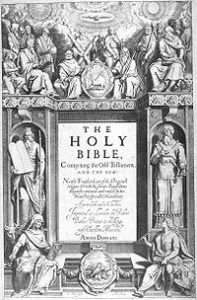