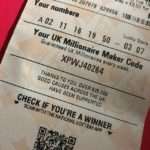 The sign on the newsagent’s till said that the Euromillions jackpot this evening is around £154 million.

To be honest, I wouldn’t want the hundred million, or the fifty million, or even the four million. In the number columns to the right of the millions, I would not want hundreds of thousands nor would I want tens of thousands. What would be nice would be the few thousands that usually appear in a column at the right-hand end of such jackpot payout numbers. Such a windfall would allow me to change my car, which now has 430,000 kilometres on the clock, and which is kept on the road by the long-suffering Richard, who must have developed an entire new range of facial expressions with which to respond to the challenges which the car presents to him each time I take it for a service, and it would augment my student loan.

There must be countless other people who would feel similarly. A few thousands would allow them to pay off the loan they took out for their car; it would clear the remaining payments on their cooker and washing machine and furniture; it would leave them a few hundreds for a holiday in the summer. It would mean they had money to buy presents for their family; it would give them a chance of getting some new clothes and some new shoes. It would mean, for once, that they did not have to do careful sums at the end of the month

Happiness doesn’t come in hundreds of millions, it comes in having enough. Charles Dickens, whose father was once an inmate of the vile Marshalsea debtors’ prison in Southwark, would have understood the contentment to be found. in having just enough and a little over. Mr Micawber, a character in Dickens’ novel David Copperfield, once remarked, “Annual income twenty pounds, annual expenditure nineteen [pounds] nineteen [shillings] and six [pence], result happiness. Annual income twenty pounds, annual expenditure twenty pounds nought and six, result misery.” It is on such fine margins that most lives are lived.

The growing inequality in the world makes little sense. Once you have a billion pounds, there cannot be anything more that you need, anything more that would add to your happiness, yet more and more wealth continues to be concentrated in fewer and fewer hands. A more equitable distribution would add hugely to the total sum of happiness.

Of course, the lottery organisers could have decided to distribute £150 million in thirty thousand prizes of £5,000 each, making a difference to the lives of tens of thousands of people, but that would not command the news headlines, or look nearly so impressive on a newsagent’s till. 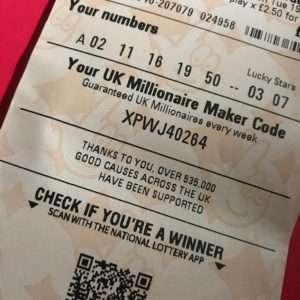