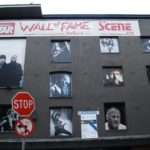 In popular music mythology the Irish rock group Thin Lizzy are iconic. Somewhere among my album collection there is at least one by Thin Lizzy, I enjoyed their music. Phil Lynott, the lead singer of Thin Lizzy is a legendary figure. Even if he had lived on to be a venerable institution of rock music, appearing on BBC 4 television programmes, instead of dying years before his time, he would still have been a legendary figure.

Because of the iconic status of the band, to question the attitude behind the lyrics of Thin Lizzy songs seems tantamount to heresy, a questioning of the integrity of a band held in high regard, but, on the eve of International Women’s Day, it is worth revisiting the lyrics of The Boys Are Back in Town and ask how much the song reflected a misogyny that was just accepted, and how much more passed by completely unnoticed.

The past is another country, they certainly did things differently there, but when the song, recorded in 1976, has been played, never once have I ever heard the presenter ever ask a question about whether it is reasonable in the Twenty-First Century to treat women as objects; objects of sexual desire, or objects of humour if they presume to reject male sexual advances. Because, if that’s not what is going on here, then I have misheard the lyrics for more than forty years:

You know that chick that used to dance a lot?
Every night she’d be on the floor, shaking what she’d got
Man, when I tell you she was cool, she was red hot,
I mean she was steaming.

And that time over at Johnny’s place,
Well, this chick got up and she slapped Johnny’s face,
Man, we just fell about the place
If that chick don’t want to know, forget her

So, Johnny’s behaviour, that has prompted a violent response, is acceptable and the woman’s objection is a cause for hilarity? What subliminal message has been conveyed by decades of this stuff? If we can accept such sentiments without question, what else gets under the radar?

In those far off days, (and it persists in current times), there are double standards in language used to describe behaviour. One of the “boys” who had a string of relationships was “a bit of a lad’, a girl behaving similarly was a “slut”. Did anyone ever hear of males being described so pejoratively? Why are double standards acceptable?

Asking questions about the way people are treated is not about “political correctness”, or whatever misnomer might be used, it’s about people’s dignity. If we simply respected human dignity, there would be no need for international days of any sort. 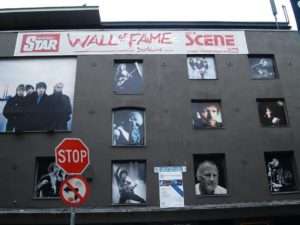