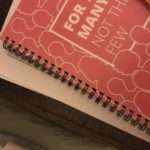 Waking with a start, I heard a noise coming from the window, a rasping, scraping, grating noise. Undoubtedly, the childhood fears so long suppressed were about to be fulfilled. Something unnatural was coming through the window, a ghost, or a monster, or an alien.

Being braver at fifty-eight than when I was eight, I switched on the bedside light and sat up with a start. There was no sign of a monster nor any evidence of a man from Mars, the noise could only have been a ghost. But not.

Einstein suggests space-time is a continuum, time is as complete as space is; all of which means ghosts are an impossibility. With scientific assurance of safety from spectral menaces, I got out of bed to investigate.

Pulling aside the curtains, I peered out into the night. There was nothing to be seen except the darkness of Somerset countryside. An odd light from a house or farm dotted the landscape. Although it was still before midnight, nothing was moving.

If the world outside was deep in slumber, then the source of the scare must be inside. Yet nothing had moved. The books on the chest of drawers beneath the window sill were all where they had been when I had gone to sleep. None of them seemed likely to have the capacity to create a strange and unearthly noise.

It seemed a mystery. If there had been no supernatural cause and no sign of a natural one, perhaps it had been imagination. Perhaps some dream from childhood years had again found its way into the subconscious.

Through the open window, there came a breeze strong enough to shift the curtains. As one curtain moved inward, it brushed along the binding of a spiral bound notebook lying on the chest. As the breeze faded, the curtain fell back into place, brushing the spiral binding in the other direction.

Assured that there was no prospect of being attacked by a monster, shot with a ray-gun, or terrified by a ghost, I returned to sleep. A Scots prayer came to mind:

“Frae ghosties and ghoulies, long-leggetie beasties,
And things that go bump in the night,
Good lord deliver us.”

The sage Spike Milligan offered a rational analysis of such moments:

“Things that go bump in the night
should really not give you a fright.
It’s the holes in the ears that let in the fears
that and the absence of light.”

All the same, though, an alien would have been interesting. 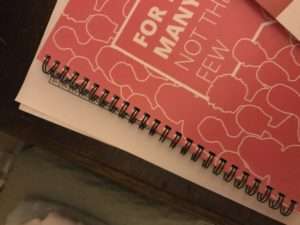