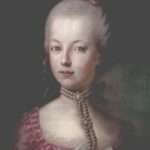 “It is now sixteen or seventeen years since I saw the queen of France, then the dauphiness, at Versailles”

Spending three years as a full-time student at Trinity College, Dublin in the 1980s, those words from Edmund Burke might have been encountered in the course of studies. The writer of Reflections on the Revolution in France had been a student at the college in the mid-Eighteenth Century and by the late-Twentieth Century one of the lecture theatres in the neo-brutal arts block was named after him.

Burke’s words, which preface his description of the beauty of Marie Antoinette, would never have been something quoted in theological studies, although references to beauty might have brightened the grey mood that prevailed at many of the lectures. Instead, the lines are found in Brian Friel’s play Philadelphia, Here I Come.

Set in the fictional Co Donegal town of Ballybeg, in 1964, the play focuses upon the relationship between a son and his father. Gar O’Donnell, the son, is depicted by two characters, one “public Gar”, observing the social decorum of 1960s Ireland, and the other, “private Gar,” expressing thoughts that his public self would never dare to articulate.

The words of Edmund Burke become a refrain for Gar, repeated throughout the play, they become lines with which to ward off negative thoughts that may haunt him, they become a connection with the ideal, with the imagined. The intention is that the words will stir him from moments of emotional malaise. Perhaps, like a mantra used by those who meditate, reciting Burke’s words about the dauphiness at Versailles has the power to lift the mind from the present realities. Gar’s recall of the idealized beauty of Marie Antoinette offers an escape from that which surrounds him.

In week ten of lockdown, there has perhaps come a point when Gar O’Donnell’s approach has merit.

School is perhaps reopening for teaching on 15th June, and perhaps it is not. If it reopens, the only teaching will be with Year 10 students, and only a quarter of those will be present at a time. There is no prospect of re-engagement with Years 7-9 until after the summer, and the return in September is still surrounded with questions.

The current situation is unsustainable, the costs already incurred may bear heavily upon younger generations. No-one knows what may happen No-one with authority prepared to make any commitment to any decisive course of action.

Planning lessons in a desultory sort of way, lines on Marie Antoinette seem a bright diversion.

It is now sixteen or seventeen years since I saw the queen of France, then the dauphiness, at Versailles; and surely never lighted on this orb, which she hardly seemed to touch, a more delightful vision. I saw her just above the horizon, decorating and cheering the elevated sphere she just began to move in,—glittering like the morning-star, full of life, and splendour, and joy. 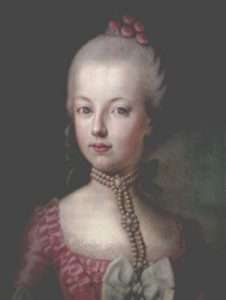