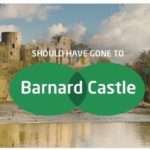 The Dominic Cummings affair produced little more than posturing by journalists striving for profile and significance and the sharing of memes on social media.

The briefings at Number Ten Downing Street continue at five o’clock each day but whether anyone is still listening is unclear. Prime Minister Boris Johnson this evening announced that up to six people could meet together, provided they did so outdoors. His statement was no more than a de jure recognition of the de facto changes that have taken place. What is clear from photographs from beaches and resorts is that many people in England decided some weeks ago that they would do as they pleased.

Perhaps the behaviour seen is the sort of reaction to historical events that was anticipated by Carl Gustav Jung, the Swiss psychiatrist, who once wrote:

The great events of world history are, at bottom, profoundly unimportant. In the last analysis, the essential thing is the life of the individual. This alone makes history, here alone do the great transformations first take place, and the whole future, the whole history of the world, ultimately spring as a gigantic summation from these hidden sources in individuals. In our most private and subjective lives we are not only the passive witnesses of our age, and its sufferers, but also its makers.

Growing up in the British Welfare State in an age where national government progressively intervened more and more in people’s lives, Jung’s words would have seemed like something from a bygone age. As the power of the nation-state was superseded by supra-national institutions and trans-national corporations, to assert the role of the individual seems odd; what is there a single person can do in the face of such overwhelming power?

Perhaps the question should be reversed: what is there that overwhelming power can achieve in the face of a single person.

Frustratingly for those who believe in institutions, the growth of state power has coincided with increasing institutional impotence. No matter how much legislation is placed on the statute books, it can remain ineffective when confronted with unco-operative people. Authorities are frequently powerless to prevent simple anti-social behaviour; the huge state bodies struggle to achieve even the most minor of changes.

Walk through the street of any English city in a time of supposed lockdown, it is not hard to notice a disregard for authority, groups of people simply ignoring what the authorities tell them.

Government has become letting people go where they want. 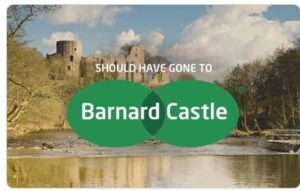