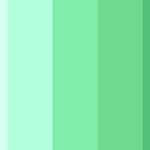 “My Dad still has a 1970s African house. He has pistachio-coloured walls.”

The BBC radio broadcast was a podcast, so there was no opportunity to send an email and ask the interviewee why pistachio had been such a popular choice.

The colour he describes as pistachio runs between shades of green and blue, it is one to be found throughout the developing world. Not having a vocabulary for colour comparable with that of the speaker, I might have called the colour turquoise.

Whether pistachio or turquoise, why was it chosen?

I remember watching a documentary on India. The television cameras had gone to the house of a woman living deep within rural a rural community. With rudimentary furnishing and little of the 21st Century, the room was home to a woman living in very frugal circumstances, and its walls were painted turquoise. “Why are the walls painted turquoise?” I asked my companion.

“Perhaps she wanted to brighten the room up”.

“Yes, but why turquoise? It seems the universal colour of poverty.”

“I wouldn’t have thought so. It was once very expensive. It was a mineral that came from Turkey”.

He was undoubtedly correct, but the historical antecedents of the colour did not detract from the fact that in the Philippines and East Africa I had seen numerous occurrences of a shade of turquoise rarely seen in Europe.

Why these pistachio shades? Maybe the paint comes cheaply; maybe there is a perfectly sensible explanation for its prevalence.

Often, such globalisation is simply a matter of economics: rice is eaten because it is affordable; bicycles are ridden because motorised transport is beyond the means of those who ride them; European and North American style of clothes are worn because they have come from China very cheaply, or have come second-hand from former owners in wealthy countries.

Other things seem a matter of image, or marketing, or whatever it is that persuades the poorest of people to part with money for things that they cannot afford and do not need.

After the most basic needs are met, food, clothing, shelter, health care, perhaps much of what we spend afterwards, whether in an African village or in a European city, depends on our sense of image, our sense of style, our belief that certain things say something about us.

But if it is all about image, style and preference, what’s the big deal with these pistachio shades? 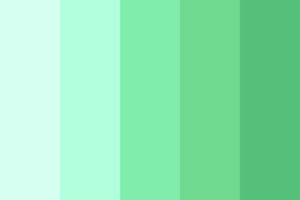