It has been heartening to watch the successes of Mark Cavendish in this year’s Tour de France, and to read of his determination to stay in the Tour even on the most challenging of days.

On Saturday, he spoke of riders working together to get each other to the line:

“We knew it was going to be a tough stage from the beginning. We thought we would all get back together after first climb, and we didn’t. We were a bit surprised because we didn’t know what was happening at the front. Michael Morkov and Tim Declercq were looking after me, and we were part of a big grupetto with riders from many different teams. To be honest, I wasn’t worried about the time limit: we had time references and, on the last climb, we paced ourselves to reach the finish line inside it.”

Having watched the Tour de France for more than thirty years, since the days when coverage was limited to thirty minutes on Channel 4 each evening, there has been a long process of learning the subtleties of the race.

Understanding that the main group of riders was called the peleton seemed simple. Understanding that each team would have different people with different objects was straightforward: there were sprinters and climbers and general classification contenders (who had to be good climbers) and each team of nine included “domestiques,” whose task it was to support their team members who were in contention for one of the prizes. It took some time to realize that riding as a team, where each person took a turn at the front, was important because someone riding behind another rider might use twenty per cent less energy.

What remained a mystery was the dozens of riders who brought up the rear of the race, sometimes far behind the peleton, who seemed often to cross the line as a group and all be content to be given the same time. The grupetto, I discovered, is organised by the riders who compose it, even though they are from rival teams. They are not concerned to compete, only to reach the end of the stage in a time sufficient to prevent them from being excluded from the race. Some of them, like Cavendish, will be sprinters, whose strength is on the flat stages. Some of them are domestiques, whose main work is on the flat stages, or who have completed as much of their task as they are able in the uphill climbs. Their common purpose is to encourage each other to the line.

The grupetto seems a fascinating group, they will talk and laugh and cheer, they will share food and drink; and, on some of the downhill stretches, they will sometimes make faster progress than the leaders because the sprinters will give them a lead.

Pondering the spectacle of riders cycling roads that would be a challenge in a motor car, there was the thought that if the grupetto were mirrored in the conduct of nations the world might become a different place. 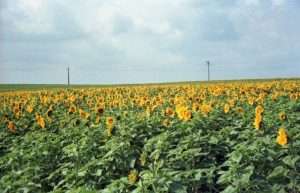