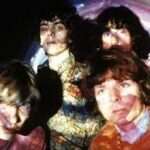 Both of us arrived early to prepare for the day ahead, and wasted much of the time discussing music. Or perhaps it was not a waste of time, perhaps music is much more serious than any lesson on a school syllabus.

Why Syd Barrett’s name cropped up, I do not remember, but I tapped the keyboard to find my favourite music video of all time.

On a patch of open ground in Belgium, beneath a flyover, four men mimed a song; then pretended to play cricket, using drumsticks for stumps and a guitar as a bat; before joining together for a folk dance. It is suggested they were all under the influence of drugs, yet Syd Barrett, the person among them who was known for drug use was the person who was operating the camera.

Watch Pink Floyd,  or “the Pink Floyd,” as they were known in 1967, and there is a sense of the subversive.

Maybe it’s the most dangerous type of subversiveness because it is not about a political platform, nor is it about a religious creed, what it is about is plain human enjoyment.

Enjoyment brings happiness, it brings contentment, it brings people who are content in their own skin, and such people who laugh are no use to politicians or preachers. If there is contentment in things as simple as laughing and dancing with friends, then what need is there of presidents or prime ministers or priests or pastors?

Laughter is dangerous because it puts happiness before seriousness, and if people are not serious they will pay no attention to the words of the powerful or the preachers. Laughter is the ultimate anarchy because it tells the world inside our heads that we can be happy without needing all the stuff offered us from platforms and pulpits.

Laughter is four men dancing on the grass in Belgium on a monochrome film. Laughter can be the real revolution. Syd Barrett was a revolutionary. 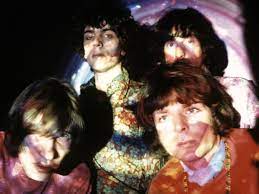