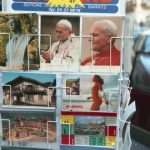 Shouting at a BBC World News programme on a television screen is a futile activity; expressing frustration does not change reality.

A BBC feature on the Indian young woman tortured, gang-raped and thrown from a bus included interviews with a number of people. Two young men, representative of a younger generation, talked of the need to treat all women with the respect and the honour they would show to their own mothers and sisters. Perhaps because of a feeling that the programme should have ‘balance’, perhaps because the editor believed it was important to show how traditional views persisted; an interview with an older man reflected a very different attitude.

When the man suggested that women in his family were always home by 8 pm, one might have guessed where the interview was heading – the implication was that women out an hour later in the evening were guilty of improper conduct, and were therefore somehow responsible for whatever might happen to them. He then suggested that male behaviour was due to Bollywood films where women wore low cut tops and mini skirts. The logic that male and aggression and violence is explicable by the hours kept by women, or by the ways in which they dressed, is extraordinary.

Perhaps the BBC reporter should have challenged the traditional view, perhaps it was important to allow such views to be voiced in order to understand how great is the chasm between a world where the rape and death of a young woman is explained away; and one where women are treated with the respect advocated by the young men.

Surely it’s not that complicated? People are responsible for their own behaviour. It is bizarre that people from a conservative background, those who most strongly advocate individual responsibility, should be among those who would offer an explanation of the most horrifying of behaviours.

The classic 19th Century understanding of individual liberty is that a person’s freedom might be allowed to the extent that it does not impinge upon the freedom of others. Someone committed to liberty is committed to allowing people, not impinging upon the freedom of others, to be where they wish, when they wish; someone committed to liberty allows people to dress in whatever manner they choose, for a person’s dress does not affect another person’s freedom.

Challenging conventional attitudes that suggest women should be bound by other people’s curfews or other people’s dress codes may be feminist, but it’s also libertarian, it’s about the rights of the individual. The next television interviewee who suggests that women contribute to male behaviour should be asked whether they believe in freedom, whether they believe in liberty. No-one who claims to be conservative can be allowed to escape with the lazy logic that suggests men are not responsible if they choose to be aggressive, if they choose to be violent, if they choose to kill.