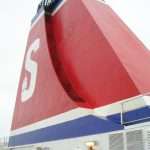 “Pots” came from a town in the deep south of Ireland; his soft brogue was often difficult to pick up by an ear attuned to the strong consonants of the east coast of Ulster. He lived by himself in a flat at the centre of the town. Always turned out in his grey suit and tie with a distinctive “Columbo” type overcoat, he was a familiar sight along the streets.

Pots lived a self-contained life; he stewarded carefully his old age pension and was always attracted by the idea of a bargain. There were times when our ideas of what was a bargain might have differed. Sitting one day amongst some of his purchases, I asked why he had bought a Kylie Minogue mirror. The answer would have been easily anticipated, “Because it was cheap”.

Pots never learned to drive. He could get everywhere he wanted by public transport and travelled wide and far by bus. It was travelling by bus that brought me nearest to having words with Pots.

One July day there was a parish outing to a holiday centre in Scotland. It meant getting the party organised for a ferry crossing to Scotland and giving strict instructions about where to meet for the return journey. There were dozens of buses identical to ours making the journey that day and to catch the wrong one would mean catching the wrong ferry and ending up in the wrong port. As Pots stepped from the bus, there were stern words to him from the driver, “Don’t you miss this bus”. The warning had an ominous tone; had the driver had previous experience of Pots?

5.30 pm came and everyone was on the bus except Pots. The bus driver was philosophical, “I’ve lost him before”. Frantic inquiries at the security lodge of the holiday centre told us that a man in a grey overcoat had been seen getting on the wrong bus. Later a phone call to the port confirmed that Pots had bought a ticket and was going to board a ferry to the wrong port. “What shall I do with him?” asked the helpful girl at the port. “Leave him be; at least he will be on the right side of the sea”.

Pots’ boat was delayed and it was 1.30 am before I managed to collect him from Belfast port: the distinctive overcoat and smile came out through the doorway. “How did he ever end up in our town?” I asked a companion.

He shook his head and smiled. “Maybe he went on a day trip to Dublin”.

Sitting in a hotel, Pots came to mind; his name had come from his work in the kitchens of hotels in the town. He had always worked for his living, no matter what the work might be.

Some months after moving to Dublin, a telephone call came from the North. Pots was going to hospital for minor surgery and there was nothing to worry about, but the call was just to advise me that I was listed as next of kin. It was a humbling moment.

A world filled with people like Pots would not be such a bad place.