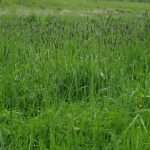 Fresh skinned and ruddy cheeked, his appearance belies his eighty odd years. Stories might be from any time in the last eight decades; his recall is so sharp that chronological anchoring is sometimes problematic. Discerning a thread is not always easy, but he skips from story to story in such a way that he must believe then linked. Haymaking in Ireland and a day off in England seemed to have a common theme.

“It was the hot summer and I went up to do a couple of days work for them; they had no tractor. Hay was being made; those old square bales. They were very heavy, still half green, but the grass was so dry it wasn’t a problem. The work was so hot that the sweat was running off us. The younger brother was sent to find a drink for us. ‘Don’t be bringing water from the river’, I called after him, ‘there’s a well further on’. I had seen a dead calf lying further up the river that morning and thought the water wouldn’t be good”.

“Anyway, he goes off with a tin bucket and he has no intention of walking to the well. He draws a bucketful of water from the river and comes back to us. I told him I wasn’t drinking and watched while the brothers drank it. They were fine, but by the end of the day my tongue was cleft to the roof of my mouth, I was so dry”.

“There was a Saturday when I lived in Brierley Hill when some of us went out for the day. We went to this cider house, a place full of these huge wooden barrels; strong stuff. We sat and ate our lunch and drank cider from the barrels. ‘Don’t be drinking too much’, said the man”.

“I had three pints and when we were leaving I stepped outside into the sunshine and didn’t feel well. ‘I’ll sit on this wall a minute’, I said to the man with me”.

“What wall are you talking about?” he asked. There was no wall there.

“We got back to the boarding house and I told the landlady I didn’t think I would be down for tea. I crawled up the stairs and slept till Sunday dinnertime and, even then, woke up feeling drunk. The man with us had drunk six pints and had driven us home. I stayed off cider after that”.

The moral of the story seemed to be that water was safer than cider, but his stories don’t invite comment, don’t often fit together. His narratives seem more a review, more a matter of stocktaking, as arbitrary and inconsistent as the process may be, yet in them there is a glimpse of the land of McGahern and Friel; a land where sons of small farms worked building roads in England and spent holidays at home labouring on neighbours’ land. Contaminated water and alcohol-induced headaches form part of a landscape recalled without fondness.