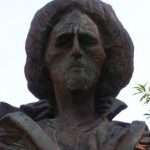 The 50th anniversary of Doctor Who raises questions of the nature of time – if bad things have happened in the past, or in the future, why as a Time Lord can he not travel backward or forward to prevent such occurrences, like the sad episode where van Gogh dies? The First Law of Time prohibited Time Lords meeting their past or future selves, but intervention in a single life would not necessarily entail an encounter with oneself.

The Laws of Time on Doctor Who may not be so much more speculative than some of the propositions of theoretical physics, but even if they had a basis in actual science, Einstein would have doubted the Doctor’s capacity to make any difference. Einstein conceived of space and time as one, it was not a question of space existing in time, but space-time being a single continuum; the whole of time exists in a single moment that embraces the whole of space. Ghosts, deja vu, premonitions, all those so called paranormal experiences, are explicable as simply glimpses of all those things hat have happened, and will happen, simultaneously to the present moment.

Conventional scientific thought believes the universe began 13.5 billion years ago with a massive explosion of matter and space to fill the nothingness that previously existed, or didn’t exist as the case may be, nothingness having no existence.

Since that moment, space has been getting bigger, and time, being part of a single continuum, has expanded with space. Human lives have been led in a single, linear direction, beginning at the cradle and ending at the grave.

But, some thought suggests, there will come a point when the outward momentum of the universe comes to an end, when inertia will slow down, and eventually halt, the progress of the galaxies. Eventually, the gravity that holds the universe together will exert a pull that is stronger than the last remnant of momentum left from the Big Bang and the universe will begin to contract.

As the process of the creation of space is reversed, time, being one with space, will also be reversed. At some point, perhaps billions of years hence, space-time will be at the point where it is at this moment, except the journey will be a return one rather than an outward one, and time, as part of reversing space, will presumably be also reversed: life will begin at the grave and end with our birth.

There are theories that the universe goes through a series of expansions and contractions, but if there are tens of billions of years between each of our appearances, there will be plenty of time to work out the best way to live. Unless the Doctor has changed everything by then. Of course, if he has, he has done so already, and he will do so, and has and will in the same moment.