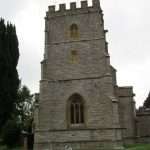 Moments surface in the consciousness before sinking out of view. Going to Denner’s department store in Yeovil; eating Dundee cake at teatime on Christmas Day; dipping a hand into a vast tin of Quality Street, hoping not to get soft centres. Little by way of continuous narrative, except for the growing anticipation and excitement at primary school.

Christmas in school would never start until the last week of term, but it was observed in grand style. There was a Christmas dinner, prepared in our little school kitchen, and there would always be special guests from the village invited to attend to attend the occasion. The criteria for being a ‘special’ guest seemed unclear, in retrospect, they seemed to be elderly people from the village who lived alone: our teacher knew about inclusivity before the word was invented.

The dinner was always followed by Christmas pudding served with custard and cream, an enduring image of Christmas decades later. There was a custom of putting a sixpenny coin into the mixture of each Christmas pudding; whoever got the sixpence was supposed to have good luck. It was a mystery how there came to be a sixpence in each dish. Forty sixpences, for there was one for every child in the school, would have made a pound, a pound that probably came out of the teacher’s pocket, though she would never have said.

The closing days of term would have been spent on the manufacture of decorations and Christmas cards. The decorations generally involved sticking crepe paper around toilet roll tubes and cutting out a piece of paper to make it look like a flame and sticking it in the top of the tube. Making the cards, robins and candles and snowmen were much easier to draw than anything religious; though stars in the sky weren’t too hard.

And then the holiday came and the excitement of Christmas and the desire to hold onto it wasn’t about anything religious; it certainly wasn’t about peace and goodwill. It was a desire to hold on to the sense of anticipation. The reality of Christmas never matched the expectation, but there was something in the build up, something in the looking forward, that made it a time different from any other.

There is a line in ‘God rest ye merry, gentlemen’ that goes ‘This holy tide of Christmas all others doth efface’ and, without ever going near a church for anything other than the school nativity play, I felt could understand what it was trying to say. Forty odd years later, I still haven’t found the right words to say what it was expressing.