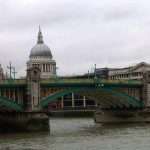 In the February edition of  National Geographic magazine, there is a Garrison Keillor memoir of the Minnesota of his boyhood. It is imbued with the lightness and the joy that fills Keillor’s writing; a delight in the ordinary and the commonplace, a celebration of the dignity of everyday people who live everyday lives.

Having read and listened to Keillor for a quarter of a century, his tales and his characters in the fictional town of Lake Wobegon have become as real as James Joyce’s Leopold Bloom, or Conan Doyle’s Sherlock Holmes. One could drive through small town Minnesota, out on the edge of the prairies, and imagine the Bunsen brothers driving from their garage, or Father Wilmer going into say Mass at Our Lady of Perpetual Responsibility Catholic Church, just as much as one can imagine Bloom stepping out of his front door in Dublin’s Eccles Street, or Holmes calling a cab in London’s Baker Street.

Keillor’s Lake Wobegon is a microcosm of rural American life (just as the worlds of Bloom and Holmes, respectively, similarly reflect Victorian/Edwardian Dublin and London). Perhaps such microcosms give us insights into a wider humanity. Agatha Christie’s Miss Marple finds her home village of Saint Mary Mead to be useful in such a manner. In Christie’s short story The Companion, Jane Marple comments,

“The only thing I ever said was that human nature is much the same in a village as anywhere else, only one has opportunities and leisure for seeing it at closer quarters”.

But the reason Saint Mary Mead can provide such insights is that it is a very homogeneous culture; certain people might be expected to behave in certain ways.

There is a similar homogeneity in world of Conan Doyle, people acting according to the social norms of the time; good manners and established conventions being observed. If one wove minor characters from a Dickens story into the plot of a Holmes mystery, the weave could almost be seamless.

In the Dublin of James Joyce, Leopold Bloom struggles to be part of the homogeneity. Despite being born Irish, baptised as a Catholic in order to marry Molly, his Jewish background causes him to be perceived as a foreigner. It is incomprehensible to some that Bloom could be Irish. “What is your nation if I may ask? says the citizen. – Ireland, says Bloom. I was born here. Ireland.” Bloom’s protestations that he is one of them do not impress his listeners. Joyce’s writing goes against the grain of much of Irish writing of the time. Shaw, O’Casey, Synge, Yeats, reflected an Irish society that was very stratified and where playing certain roles demanded certain attributes (Constance Markievicz became a Roman Catholic because she believed it was only thus that she could identify with the Dublin poor).

Garrison Keillor’s appeal for many of us who have followed him over the years is probably that the world he depicts is predictable and reassuring; we know how particular characters are likely to behave, how the news from Lake Wobegon is likely to unfold. Familiarity breeds affection; his world is a safe place for his listeners and readers.

Perhaps writing of enduring appeal needs to reflect, or, if that is not possible, to create an homogeneous world, one where the actors will speak the sort of lines we expect and where the plot will follow directions we might have anticipated. In a heterogeneous world, that is becoming increasingly difficult, perhaps that is why we are attracted by the revival of detectives from the past, or stories set in unchanging rural communities.