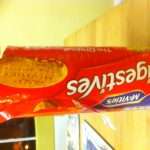 Mrs Puddicombe was responsible for one of the best lessons I ever learned. Mrs Puddicombe, was our secondary school class teacher and liked us to read good books. ‘It will improve your vocabulary and your spelling’, she would say. Mrs Puddicombe was particularly fond of Alexander Solzhenitsyn. It was the mid-1970s and Solzhenitsyn’s opposition to Soviet Communism probably fitted well with her evangelical Christian views.

Solzhenitsyn was certainly an interesting figure; the problem was that he wrote books where the number of pages could be more easily weighed than counted. To a fifteen year old accustomed, to reading Alistair MacLean adventure novels, Solzhenitsyn seemed an author too far.

By chance, searching through a classroom bookshelf for something I could read, I found a Solzhenitsyn book  that looked like something that could be tackled in the brief periods the boarding school day allowed for casual reading. About a quarter of the size of Solzhenitsyn’s other novels, “One Day in the Life of Ivan Denisovitch” was a book summed up in its title. The book described one day in the life of a prisoner in the deprivation, monotony and violence of the sort of camp where the Communists put those who disagreed with them; it reflected Solzhenitsyn’s person experiences in the Soviet Union from which he became an exile.

Nothing really happens in the story, but, close on forty years later, I still remember being drawn into the reality of this daily existence and actually feeling a sense of delight when Ivan Denisovitch manages to secure an extra slice of black bread, which he hides in the mattress of his bed in order to eat it at a time when he would be able to savour it. An extra slice of dry black bread seemed like a very special feast in the circumstances of a labour camp.

Ivan Denisovitch has been an encouragement on many occasions since those teenage years, not on days that were particularly bad, but on days which were dull, on the days which ended with a feeling of being dog tired and having achieved nothing. There have been moments,  sitting at a kitchen table with bread and cheese, or having a mug of tea with a digestive biscuit, when the story of Ivan Denisovitch, who found such satisfaction slice of black bread, made the day past seem like hours filled with luxury and delight. He taught the value of delighting in small things. 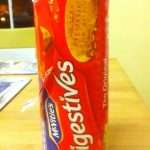