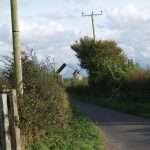 The weekend after Easter meant a return to primary school on Monday, a sinking feeling in the heart.

The English summer term was not like that here in Ireland; where secondary schools finish at the end of May and primary schools wind up at the end of June. Summer term in England went on and on and on. It was the end of the second or third week of July before we got the “long” holidays, a brief six weeks compared to the season long break here. When Irish schools were beginning to wind up for the summer, those in England would have reached the half term break.

Each term brought its own set of challenges, but the summer term remains in the memory as possessing the greatest potential for unhappiness.

It was the term when plants and trees began to grow and blossom. In times before antihistamines, the hay fever had the capacity to make a misery of even the best of days.

The new term was officially “summer”, which meant that the school swimming pool was filled. The pool was a matter of pride for a very small country primary school; it was a subject of dread for an asthmatic boy who would not finally learn to swim until he was 38. The pool was above ground level, a metal frame held in place blue plastic walls which bulged with the weight of the water. The concrete base upon which the pool was set must have sloped downwards because one end was deeper than the other, although not so deep that it was difficult to keep one’s feet on the floor. It was the “water” that was the problem; it seemed to be a solution of one part tap water and two parts chlorine. It induced stinging in the eyes and shortness of breath. Going into the swimming pool was not, however, an option; everyone was expected to attempt to learn so as to gain a certificate for being able to swim 25 yards. Walking through a town one day years later, the air conditioning outlet from a fitness club brought scents of treated pool water evoking dreaded moments of school swimming lessons.

Summer also brought athletic sports. No-one had equipment beyond black plimsolls; athletics was done in whatever one stood up in. A sand pit provided the venue for the high jump and the long jump; running was simply a matter of starting at one point in the field and finishing at another; there were no markings on the grass. An ability to sprint only emerged in the final term at the school; up until then the name went down for the sack race at the school sports; an event for duffers, all the serious competitors being kept for entry to proper races.

The most abiding memory, however, was of the school outing. This was a day long trip and included a bus journey that might take hours. The outings included trips to the national motor museum and New Forest in Hampshire and to the Tower of London. It was the latter that was to cause pain the following year.

A trip to a safari park north of London was proposed. My parents objected because the London trip had left me exhausted and had brought on asthma; a few other children had other reasons for not wishing to go. In a class of twenty, a trip quickly became unviable if a few withdrew. The organiser of the outing announced to the school one lunchtime that the safari park outing would not take place because of my asthma and that we would instead go to Brownsea Island in the neighbouring county of Dorset; not the exciting destination some had been expecting. Forty-two years later, a sense of loneliness on the day of the outing, as we crossed to the island in pouring rain, still remains.