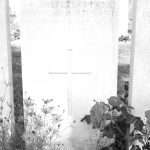 Attending Tuesday’s commemoration of the first day of the Battle of the Somme, on 1st July 1916, the order of service included the hymn “O Valiant Hearts”. Of all places, the Thiepval Memorial must be the most inappropriate place for the singing of such a hymn. The vast arch, designed by Lutyens, commemorates 72,195 soldiers who died on the Somme and who have no known grave. The first three stanzas of the hymn go:

O valiant hearts who to your glory came
Through dust of conflict and through battle flame;
Tranquil you lie, your knightly virtue proved,
Your memory hallowed in the land you loved.

Proudly you gathered, rank on rank, to war
As who had heard God’s message from afar;
All you had hoped for, all you had, you gave,
To save mankind—yourselves you scorned to save.

Splendid you passed, the great surrender made;
Into the light that nevermore shall fade;
Deep your contentment in that blest abode,
Who wait the last clear trumpet call of God.

“Tranquil you lie”? “Splendid you passed?” Hardly the words that describe death on the Western Front. Walk the lines of graves and there is quickly an awareness that being dead was neither tranquil nor splendid. Being identifiable, though perhaps without limbs, perhaps without one’s head, meant one’s remains might at least be marked by a headstone with one’s name; tens of thousands of soldiers, including those recorded at Thiepval, were never to enjoy that dignity.

Some gravestones of the unknown are specific, the stone states that the grave was of a soldier, a sergeant, a lieutenant of a particular regiment, even among the ranks of the officers it being not always possible to determine which gathering of human remains had once been which officer.

Some unknowns are defined by nationality. “A British Soldier of the Great War” is the most common. It must have been possible to determine that the soldier had served in a British regiment, but no more information had been available. There were similar nationality-based inscriptions: Australians, Canadians, and, of course, Irish. There had been insufficient clues as to the men’s identity to give them names or ranks or even regiments, but it must have been that the shreds of uniform still attached to whatever had remained of the corpses had shown the men had served among the soldiers from particular countries.

Awareness that the cemetery gravestones will provide whatever information that can be deduced from the remains brings home the horror of what the inscription, “A Soldier of the Great War” really means. There was not sufficient found to determine even what country this man had left to die in this hell – perhaps a torso, perhaps a head, but nothing that could give the remains a name. Once this had been a person, now this body was just bloody and mangled shreds – how could anyone ever use words such as “tranquil” or “splendid” about such an appalling obscenity?

In two years’ time, the centenary of the Somme will be commemorated, by then will it be possible to call things as they are and to forever discard the language of “O Valiant Hearts”?