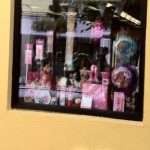 “Just £1.92 a week”, declared the ITV television advertisement. The Barbie dolls’ house was £100, but by paying for it over fifty-two weeks it would cost the buyer just £1.92 a week.

Payments of less than £2 a week being used as an incentive to buyers suggest that perhaps spending £100 on a plastic dolls’ house might not be the wisest of their spending decisions, but buying things through weekly payments is nothing new. Many people will remember mail order catalogues. Enterprising individuals would keep the catalogues, take the orders and collect the money; their reward would have been a small commission. The fact that their dealings would normally have been with family, friends and neighbours presumably ensured that defaults on payments were not common, but there must have been serious strains on friendships when payments fell into arrears.

The catalogues rarely had anything that might not have been bought in stores in a good-sized town and their prices probably were probably higher than the prices that might have been paid in the high street, the difference was that they allowed payments over months, twenty weeks, or forty weeks, or more. In a high street store the only items that did not require an immediate payment were the sort of thing that one bought on hire purchase, televisions, washing machines and the like, and hire purchase came with interest payments.

Hire purchase came with the threat of repossession if one did not keep up the payment of the instalments so, naturally, one could not have bought clothes, or many of the other things in the catalogues, on HP. The catalogues were successors to the door-to-door salesmen with their suitcases of clothes and household good for which the repayments were collected week by week.

If one analysed the customers of the travelling salesmen and compared them with those who paid instalments on hire purchase, or mail order catalogues, and then compared both groups with those who might buy a Barbie dolls’ house through fifty-two weekly payments, the common thread would be the lack of access to other forms of credit.

Even when goods are advertised at 0% interest, purchasers may often pay dearly through significantly higher prices. Comparing the television advertisement price of £100 for the dolls’ house (to be exact, fifty-two weeks at £1.92 is £99.84) with its price in a high street catalogue store of just £69.99, the person paying over fifty-two weeks is paying a premium of £29.86, or 42% of the high street purchase price, for the opportunity to pay over the course of a year. 42% is a handsome level of return for those advertising the dolls’ house.

Barbie houses are not essential, but there are other things that are, and the people least able to pay for anything are those who pay the highest prices. It is an odd world that takes most from those who have the least.