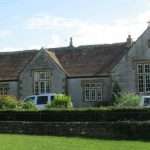 Most of the population of Ireland grew up with at least a nominal church connection, most people must have heard countless talks by priests and preachers during schooldays, and how many people remember anything of all those words?

The only speaker whom I ever remember  talked about being in a bus queue in Yugoslavia, and being caught in a huge scrum of people trying to get on the bus. He was suddenly aware of being lifted bodily up the steps and turned to see a huge Yugloslav who smiled at him. I remember it because the speaker came back two years later and told the same story. The story was supposed to be about God acting to protect people – it sounded to me like the story of a huge Yugoslav lifting him up bus steps, does that imply divine protection?

Most times words will be judged by experiences. If people’s experiences of the church are bad, then the any speaker will struggle. Why would we listen to someone if they represented an organisation we distrusted?

No matter how boring our talks to which we were subjected might have been, had I experienced the treatment to which a Dublin friend went through, it would have driven me away for life.

He had no shoes for school and was sent to buy a second hand pair, the ten shillings given to him to buy the shoes didn’t give him much choice and he bought a pair that were poor and ill fitting.

The shoes were so poor that he was sent to the local clergyman to ask if the clergyman might give him money for shoes from the parish poor fund. The clergyman said he would think about it, and sent the ill shod boy away.

The following week the clergyman was in the school to talk to the pupils and sat at the front of the classroom talking with the head teacher. They turned to my friend and summoned him to the front of the room.

He was made to sit on the teacher’s desk, his feet dangling in the air, while in front of the whole class the teacher and the cleric discussed whether the boy should have spent ten shillings on such shoes. I recoiled at the story. For the school assembly to have been used in such a way seemed extraordinary.

“It was humiliating”, he said, but then smiled, “Do you know what? I got money for new shoes.”

He must have been one of a few to remember what a clergyman said.