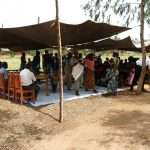 The programme presenter, not an apparently religious man, commented on a passing encounter with nuns in the West of Ireland. “We could all do with time for reflection”.

Could we? Isn’t reflection the problem?

Studying Hamlet at the age of seventeen, we were told that this was a Renaissance prince, this was a man of culture, of philosophy, a man of reflection and introspection. Perhaps one’s sense of nuance and subtlety is not overly developed at seventeen, but if Hamlet was a Renaissance man, it seemed a miserable sort of thing to be. Hamlet’s reflections, his soliloquising, his bouts of self-questioning, brought neither justice nor happiness.

The Enlightenment elevated rational thought,  analytical approaches to life. Questioning and self-examination became the norms. With the passing centuries, reflection became a way of life, the past became a source for constant evaluation, the future something demanding constant preparation, if not met with troubling apprehension.

Religious groups have thrived upon the culture of reflection, people who doubt themselves, who encounter angst on a regular basis, providing a fruitful constituency for those offering reassurances about the future. Reflection might be thought desirable, responsible, an appropriate adult response to contemporary life, but it hasn’t brought happiness.

One of the most striking things about communities in many parts of Africa is the sheer joie de vivre. There is a vibrancy, an exuberance, an utterly irrational optimism in the face of overwhelmingly bleak realities. Pondering experiences of being with people who were among the poorest in the world, I struggled to comprehend what it was that enabled them to cope with daily life and not sink down under the burden of depression and anxiety.

A friend offered an explanation. It was due to a different perspective on time. When one has no certainty there will be a future, then life must be lived for the present. If life is lived in the present then reflection and the angst and uncertainty it can bring have no place. To tell someone living in absolute poverty they needed time for reflection would be an insult to them, it offers nothing to them.

But does reflection offer any more to people in Europe than it does to those in central Africa? Does it change realities? Does it bring those we grieve back from the dead? Does it dispel the dark shadows of serious illness?

We could all do with time for reflection? Could we really?