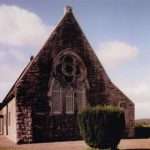 “It is necessary to choose one of the men who have been with us the whole time” Acts 1:21

Matthias was an unreasonable man, that is why we remember him in our Scripture this morning

When we look at the first days of the Church, Jesus’ followers are looking for someone to take the place of Judas and Peter says, “It is necessary to choose one of the men who have been with us the whole time the Lord Jesus went in and out among us, beginning from John’s baptism to the time when Jesus was taken up from us. For one of these must become a witness with us of his resurrection.” There are two candidates for the job, Joseph called Barsabbas (also known as Justus) and Matthias.

Why is Matthias an unreasonable man? Because he is prepared to ignore his friends. Can you imagine the comments and the criticisms he and Joseph called Barsabbas would have got over the previous three years? Peter says that the person to replace Judas must have been with them right from the time Jesus’ was baptised until the time when he ascended into heaven.

What would Matthias’ friends have said to him? What are you mixing with those people for? Sure they don’t even count you as one of their number. Why are you always hanging around on the edge of things? Matthias, why don’t you take some good advice and go back to the day job? Nothing good can come from following that Jesus from Nazareth. Matthias, be reasonable, go home, go back to your house and your family and your work, do that religious stuff in your spare time.

Are we prepared to be like Matthias and ignore what our friends say in order to follow Jesus?

Are we prepared to keep going even when we find the church to be a discouragement?

Why is Matthias an unreasonable man? Because if he had shown proper sense and caution, he would have stayed at home and got on with sensible things and worried about getting that job on the house done that he had promised his wife he would do last year; and whether that young man down the street was a suitable match for his daughter; and telling the rabbi that synagogue had got very long on the Sabbath. Those would be reasonable things; being sensible means doing reasonable things, doesn’t it?

It’s because Matthias was an unreasonable man that we remember him today, it’s because he and the rest of the Twelve went around telling an astonishing story that we have a Church today. Being reasonable, most of them would have spent their advancing years catching fish in the Sea of Galilee; thank God they were unreasonable, or we would never have heard about Jesus.

It is time for us to be unreasonable and for each of us to ask serious questions about what is needed for our church to be able to carry on telling the Good News for generations to come. No-one is going to do that for us. Peter looked for an unreasonable man to replace Judas, “one of the men who have been with us the whole time the Lord Jesus went in and out among us, beginning from John’s baptism to the time when Jesus was taken up from us”.

Following in the tradition of Matthias, we are called to be unreasonable people.