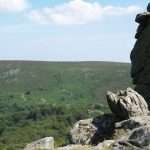 Attending the requiem for a friend’s son, there is a struggle to find words that might be thought. To have tried to say anything would have meant a mouthing of platitudes. Christians too often engage in circular arguments, telling people what they say is authoritative because the authorities on which they rely say it is authoritative.  If someone rejects the source of authority, then the mat is pulled from underneath every argument.

Perhaps the telling of stories is the best, the most humble way of trying to express thoughts that otherwise take no form. Sally Vickers’ Mr Golightly’s Holiday has a conversation between the eponymous character of the story and his adversary.

“It is true,” said Mr Golightly, “that death has its points. But not to the survivors.”

His companion continued to smoke, tapping the ash into the palm of his hand, it was pale and slightly fleshy, unlike Mr Golightly’s more workmanlike hands.”

“But it is to the survivors you have given this peculiar choice. There are those who have elected to make the death of the carpenter’s son – I am giving him the pseudonym you also gave him – a comedy. It is a remarkable decision, if I may say so, that defeats my own modest dramatic purposes. But one that, against all reason, you yourself made available.”

“He did give them a lead,”, said Mr Golightly, contemplatively.

“One might say your son rather flung himself into the part,” said the other.”But he, too, was a great dramatist. An original. Truly his father’s son.” Mr Golightly made a gesture of deprecation. “No, no, I meant it – the darkness and light were also alike to him.”

Mr Golightly, for whom a thousand years were as a a day, saw in his mind’s eye the sun, in that distant land, standing still, withdrawing its light from the world. In the sky over High Tor that day, there was a bright blur. A different perspective, but the same sun. “So his death is, was, what people choose to make of it, comic or tragic, is that what you are saying?”

“I thought it was I who was supposed to be the ‘diabolic’ one,” said the figure with destroyed starlight for eyes. “I am saying that the awful choice you gave your own creation was surmounted by your son, who took upon himself both ways.”

“It still killed him,” pointed out his father.

There was another pause and then his companion spoke again. “It has been alleged that the ‘death’ was not for ever . . .?”

“But as we both know,” said the other, “no author has the last word on his own work. Once in the world it is the world’s for the taking, or, if I may say – as one whose motives are often misperceived – the mistaking. As you have been seeing for yourself, there is a great deal of hazard in human affairs.”

The death was not for ever? Of course, were death to be so, then this life would be so inexplicable, so unanswered. There is a great deal of hazard in human affairs, but in the end, we believe, there is meaning. 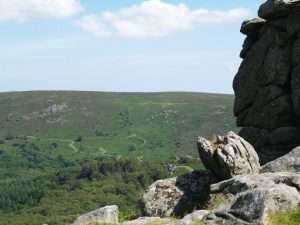