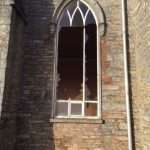 There was a moment of scepticism last week when a spokesman for Met Eireann explained that they and the Meteorological Office in the United Kingdom had decided they would give names to significant storms in the forthcoming winter. This is not the Caribbean and it is certainly not the South China Sea, what need had we of names for the occasional gusty day?

Strong winter winds were routine in childhood days. Living on a road that led to a windmill, it was natural to expect that the wind would blow strongly. Sometimes it did, sometimes there were gales, but gales were not of much use to a mill, what it needed was a persistent wind, a wind of a consistent strength, and it is not the strong winds but the persistent wind that remains in the memory. The mournful sound it generated as it blew through electric wires evokes a sense of grey skies, dark days and rural isolation.

The wind has a surreptitious power to make its presence felt; the warmth of summer sunshine can be suddenly nullified; a shower can be transformed into driving rain; a snowstorm can be strengthened to a blizzard. Once, being with a friend in a small boat on Galway’s Lough Corrib one summer afternoon, the moment was changed as a sudden gust announced the arrival of a violent squall that threatened to capsize the boat. He muttered something about the fairies; it wasn’t the fairies, it was a straightforward meteorological phenomenon.

Much as the wind could play havoc with life in rural England, it was never so persistent that its presence in particular localities merited a name. Not like France, where there are winds that blow with such strength and consistency that they have their own names. The Mistral is the most famous. Travelling south along the Rhone valley one summer, there was a forcible sense of its presence; it was hard to imagine what it might be like in the winter. It is said to blow for weeks at a time and there are tales of people being driven mad by the noise it constantly generated and by having each day to deal with its strength. Then, at the eastern end of the Pyrenees the wind is called the Tramontane; it blows from the north-west and is claimed to clear the clouds from an area that claims more sunshine hours than the Riviera. Having spent two spring breaks on a campsite at Collioure, I can vouch for its persistence.

We simply do not have winds with the consistency of those in France or the severity of those in North America, naming storms coming in off the North Atlantic seemed to me to be alarmist, an exaggeration of the significance of low pressure troughs bringing weather that may be unpleasant, but is hardly a cause for concern. Met Eireann advised us that the first of the named storms would be called Abigail.

“Hmmph,” I thought on Thursday morning, “Abigail is not going to cause us much trouble.” On Thursday afternoon, she went through Mountrath. Next time there is a named storm, I shall pay closer attention. 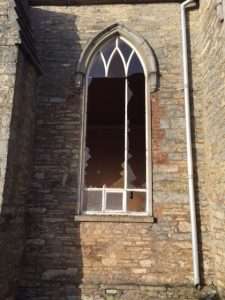