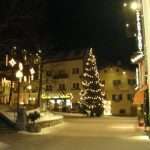 It is a long way from the reality of a week being spent in Rwanda, but, in much of northern Europe, it is Saint Nicholas’ Day, the feast of Santa Claus: Christmas draws closer. Frosty days will see the Christmas markets in medieval European towns and cities; there will be lights and sounds and smells that spell the approach of the festival. Perhaps it’s just the sheer exhaustion caused by parish work at Christmas, but the season no longer seems to have much by way of magic.

Perhaps it is simply a matter that Christmas was always much more magical for children.This is undoubtedly partly through innocence, but partly also through the far stronger sense of awareness and excitement that children possess.

Reflecting on children’s attentiveness to everything, Alison Gopnik, a professor in the psychology department at the University of California, Berkeley wrote in 2006:

‘When we know how to do something really well and efficiently, we typically lose, or at least reduce, our conscious awareness of that action. We literally don’t see the familiar houses and streets on the well-worn route home, although of course in some functional sense we must be visually taking them in. In contrast, when we are faced with the unfamiliar, when we fall in love with someone new, when we travel to a new place, our consciousness of what is around us and inside us suddenly becomes far more vivid and intense. In fact, we are willing to expend lots of money and emotional energy on those few intensely alive days in Paris or New York, which we will remember long after months of everyday life have vanished.

Similarly, when we as adults need to learn something new – say, when we learn to skydive, or when we work out a new scientific idea, or even when we are dealing with a new computer – we become vividly, even painfully, conscious of what we’re doing; we need, as we say, to pay attention. As we become expert, we need to pay less and less attention, and we experience the movements and thoughts and keystrokes less and less. We sometimes say that adults are better at paying attention than children are, but really we mean just the opposite. Adults are better at not paying attention. They’re better at screening out everything else and restricting their consciousness to a single focus’.

Recovering the magic of childhood Christmases does not mean becoming immature, it means setting aside, for a moment, the capacity to screen out all that is known and familiar and to see everything that comes along as if for the first time. Perhaps it won’t mean meeting the real Santa, but it might mean experiencing the time in a very different way. 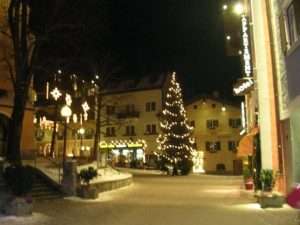