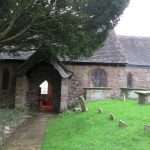 There were twelve of us at the morning service in the small Herefordshire church. Apart from the priest and myself, one other man was present, his marriage to the young lady beside him seemed an imminent event. The bishops may attempt tricks with numbers, but the reality seems that the Church of England continues to slowly die. Its death has been a long process and the causes may not be readily admitted.

Writing in 1966, fifty years ago, Vian Smith spoke forcibly of his beliefs about the decline of the church:

At one time the domination of the village church was expressed by the height of its tower. Its influence extended to the school, to youth organizations, women’s guilds, charities. Its magazine was the voice of the parish. The church governed indirectly as its tower dominated symbolically.

The process of change was slow until the First World War; when men in puttees first began to question the honesty of a church which could attempt to be whatever expediency required. In the 1920s this questioning hardened to hostility; expressed in a withdrawal that isolated the church as a Sunday place and became more eloquent than criticism. Parents compromised their allegiance; despatching their children to choir and Sunday school but unwilling to commit themselves except at times of festival. The harvest festival in September became more important than Easter. Trinity and Pentecost became church words in a world of strike and chaos and love-on-the-dole. Christmas alone survived and grew; if only as a family festival which needed carols and bells and understood its Christian significance, yet did not feel compelled to bring the church within its celebrations. Hymns on the wireless became good enough.

By 1935, when I was old enough to take notice, the village church was beginning to pay for its cynicism of the eighteenth century, it social arrogance of the nineteenth. It continued to decline, despite the brave determination of individuals; the distress of those who trimmed its graves and donated its flowers; the enthusiasms of young ministers who inherited apathy, then found a harder quality behind it. This harder quality was informed by memory or by reading; and what the village remembered was not the fine sermons or the exhortations but the subtle use of power, the degradation of Christian principles, most of all the condemnation of all who did not conform.

After the Second World War the village church tried to compromise. It opened its doors to the chapel people; extended its friendship even to Roman Catholics. It tried to make a virtue of weakness and to call it tolerance. It pleaded where it had commanded. The village turned away and flourished cruelly without it. . . .

. . . It is not true. I feel it must not be true. Yet the village church makes it seem true. What could have been a power for good was used as an instrument of repression in a long social struggle. This silence, this sense of mourning, is the aftermath. The village church was destroyed not by present apathy but by the cynicism and arrogance of those in places of trust within it.

Vian Smith might be surprised that the church still lingers fifty years later, but would be unsurprised at six parishes being combined in a single benefice and at someone under sixty being a younger member of the congregation. The trend seems now to be irreversible. 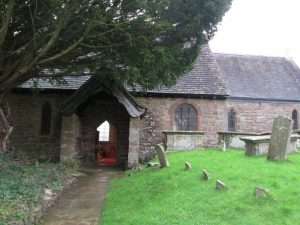